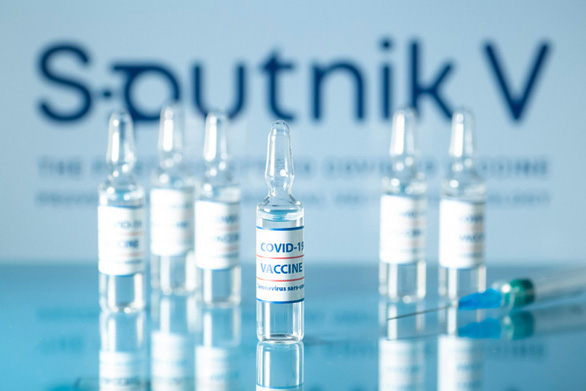 Vietnam’s Ministry of Health on Tuesday granted approval for emergency use of Russia’s coronavirus vaccine Sputnik V in the country.

The approval was stated in a decision signed by Deputy Minister of Health Truong Quoc Cuong.

POLYVAC, a vaccine center in Hanoi, had asked for the green light from the health ministry.

The Sputnik V jab is produced by JSC Generium from Russia.

The Ministry of Health received 1,000 Sputnik V shots as a donation from Russia on March 16, said Dang Viet Hung, director of the ministry’s Department of International Cooperation.

This is the second vaccine to be approved for emergency use against COVID-19 in Vietnam, with the first being AstraZeneca.

The Southeast Asian country received the first-ever shipment of 117,600 AstraZeneca jabs on February 24.

Minister of Health Nguyen Thanh Long said on March 17 that 1.3 million AstraZeneca shots will arrive in Vietnam by the end of this month and be distributed throughout the country.

Vietnam is negotiating the purchase of vaccines from Pfizer-BioNTech, Moderna, Johnson & Johnson, and the maker of Russia’s Sputnik V, the minister said, adding that it may be able to buy 30 million Pfizer-BioNTech doses this year.

The government has said it already secured 60 million AstraZeneca jabs via direct purchases and the COVAX vaccine-sharing scheme.

The Southeast Asian nation had administered the first shot of AstraZeneca to 36,082 people by 4:00 pm on Monday.

Its mass vaccination started on March 8.

The country has recorded 2,576 COVID-19 cases as of Tuesday evening, according to the health ministry.

The tally includes 1,601 local infections, with 908 of them recorded since January 27.

A total of 2,246 patients have recovered from the respiratory disease while 35 deaths have been documented so far.

Authorities are quarantining 37,754 people who either came into close contact with infected patients or entered the country from pathogen-hit regions.