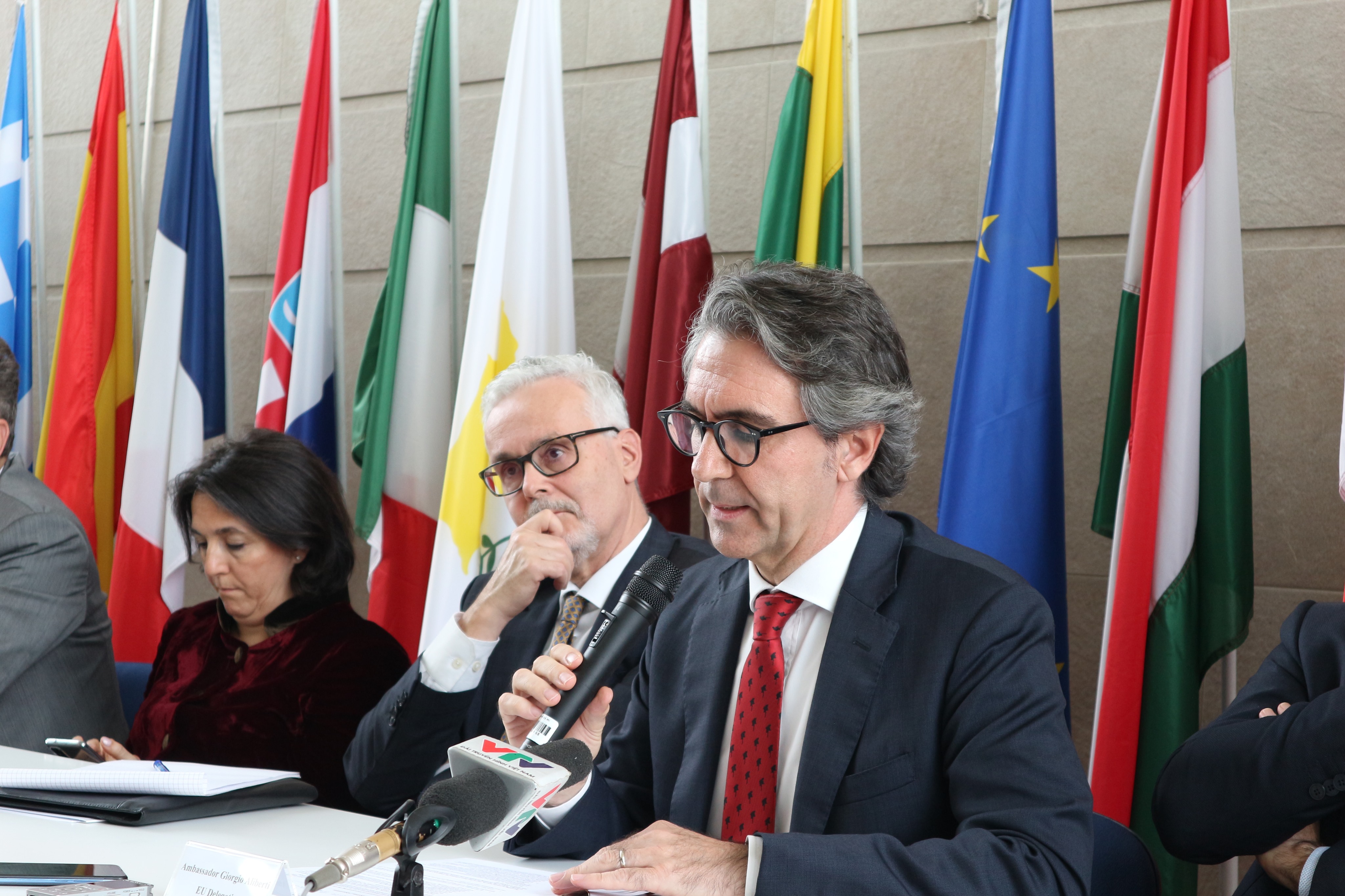 COVID-19 vaccine jabs produced by AstraZeneca and distributed to Vietnam via the COVAX Facility are the same as those used in the European Union, the delegation of the EU to Vietnam announced on Tuesday.

COVAX is a facility co-led by the Coalition for Epidemic Preparedness Innovations (CEPI), Gavi, the World Health Organization (WHO), and UNICEF, aiming to accelerate the development and manufacture of COVID-19 vaccines as well as ensure fair and equitable access for every country.

According to UNICEF’s statement released on March 24, Vietnam is due to receive 811,200 doses of the AstraZeneca vaccine in the next three weeks.

“This quantity is smaller than previously announced for the first shipment and based on an equitable pro-rata distribution of available doses between all participant countries," the statement reads.

"Based on initial information shared by the manufacturer, the aim remains to deliver a total of 4,176,000 doses to Vietnam by the end of May, pending operational and supply constraints.”

Vietnam is the third country in Asia to be receiving the vaccine from the facility after the Philippines and Cambodia.

The number of doses is decided upon the Vietnamese government’s demand, the availability of vaccines, and other countries’ conditions.

According to EU Ambassador to Vietnam Giorgio Aliberti, given the low number of cases in Vietnam, the country is not in urgent need of jabs.

Responding to concerns over blood clotting cases reported after receiving AstraZeneca COVID-19 jabs in Europe, Ambassador Aliberti underlined that people's safety and the transparency of the investigation process are their highest priorities.

“We all know that all medicines have some negative effects," he said.

"Commonly, the development of a vaccine takes ten years, in this case, only ten months.

"These are rare cases and we are having research teams deal with these complications."

According to German Ambassador to Vietnam Guido Hildner, Germany has resumed its COVID-19 vaccination using AstraZeneca shots after a brief halt over the bood clotting concern.

He said it was crucial for people to be monitored post-inoculation.

Vaccines distributed to Vietnam under the COVAX scheme are the same type as those being used in EU states.

Regarding the EU's warning on the export ban against AstraZeneca vaccines for the firm’s delay in supply, Ambassador Aliberti said it would not affect the delivery of COVAX doses to Vietnam.

German Ambassador Hildner said AstraZeneca is still the only choice for now, as it was the first certificated vaccine and due to its advantages in storage and handling.

COVAX will consider using vaccines from other manufacturers including Moderna or Pfizer in the time to come.

The EU and its member states are the first donors to COVAX, contributing US$2.62 billion, equivalent to 41.5 percent of the facility’s total budget.

“We consider vaccines as public goods in response to the pandemic and possible virus variants," said Ambassador Aliberti.

"Vaccination is not a race between countries but a race against time.”

No specific roadmap for 'vaccine visa'

The EU Commission has just proposed the Digital Green Certificate showing a carrier has been vaccinated, tested negative or recovered from COVID-19, according to Spanish Ambassador to Vietnam Maria Jimenez.

It is expected to allow safer and quicker movement and restart tourism within the bloc.

“However, it is still a proposal,” said Ambassador Jimenez.

On Vietnam’s plan to develop what it calls 'the vaccine visa,' the ambassador said EU member states might consider the mechanisms to see whether it is aligned with their policies to decide the possibility to resume travel.