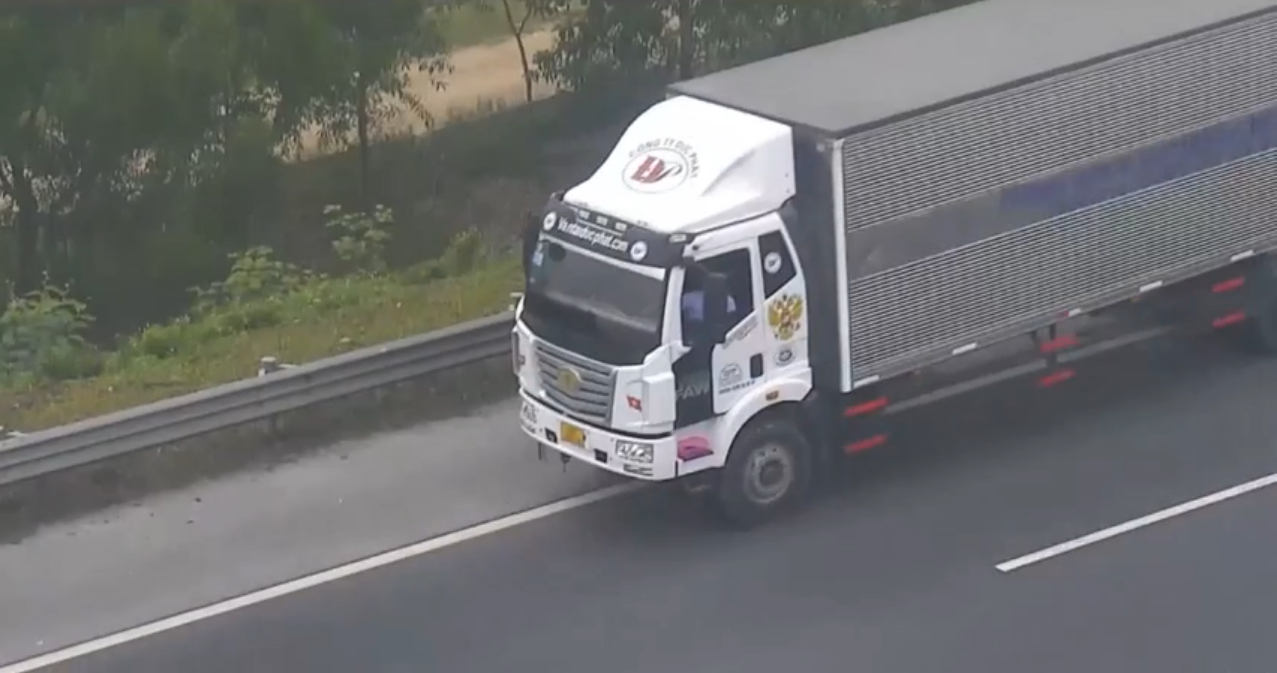 Truck filmed running in reverse along expressway in Vietnam

A truck has been caught on CCTV traveling in reverse along an expressway linking Hanoi and the northern city of Hai Phong.

The traffic police division under the Ministry of Public Security confirmed on Thursday it had received that CCTV footage from the management of Hanoi - Hai Phong Expressway.

In the video clip, the truck was running in reverse to reach the intersection between the expressway and National Highway No. 10 at around 10:00 am the same day.

The action posed high risks of accidents as other vehicles were traveling at very high speed on the expressway, while it was also foggy at the time, said the traffic police division.

Officers have contacted the owner of the truck and identified the driver.

The truck driver said it was his first time traveling along the route.

According to current regulations, backing a vehicle on an expressway is punishable by a fine worth VND16-18 million (US$692-778) and five- to seven-month revocation of the driver’s license.