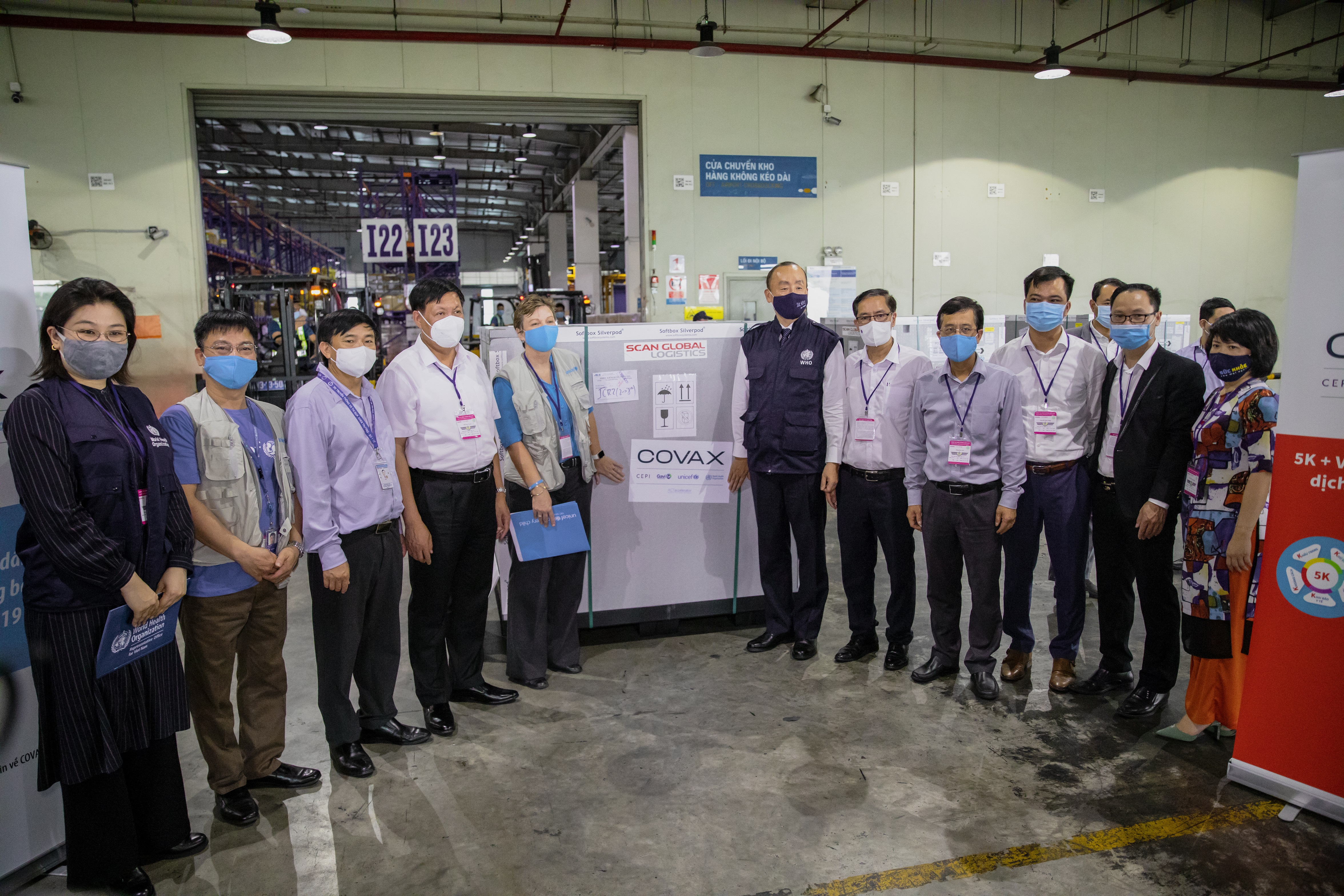 Vietnam received 811,200 COVID-19 vaccine doses via the COVAX Facility on Thursday, one week later than scheduled because of production issues.

The shipment that arrived at Noi Bai International Airport in Hanoi was provided free of charge, the government said.

An additional shipment of 3,364,800 doses is expected to be delivered to Vietnam by the end of May, followed by more later in the year, UNICEF, which led the procurement and delivery of this supply, said in a statement on Thursday.

According to previous plans, Vietnam would be supplied with 1.37 million doses on March 25 and 2.8 million shots in April by the COVAX scheme.

But the Vietnamese Ministry of Health said on March 25 that it had received a letter from the COVAX Facility, which informed that the distribution of COVID-19 vaccine doses would be slower than planned, as the producer was expanding and optimizing their production process.

The COVAX scheme is a facility co-led by the Coalition for Epidemic Preparedness Innovations (CEPI), Gavi, the World Health Organization (WHO), and UNICEF, to accelerate the development and manufacture of COVID-19 vaccines as well as ensure fair and equitable access for every country.

The vaccine procured for Vietnam is developed jointly by AstraZeneca and the University of Oxford and is manufactured under a license by SK Bioscience in South Korea, according to the UNICEF statement.

COVAX will ensure critical vaccination support for 20 percent of the Vietnamese population, the UN body said, adding that effective vaccines must reach 75 percent of the global population if the world is to stem the spread of COVID-19 and urgently stop further dangerous variants from occurring.

Vietnam received the first-ever batch of 117,600 AstraZeneca shots on February 24. This is part of 30 million jabs it bought from AstraZeneca.

The Southeast Asian country has approved two vaccines, AstraZeneca and Russia’s Sputnik V, for emergency use.

The Vietnamese government has said it already secured 60 million AstraZeneca jabs via direct purchases and the COVAX scheme.

Vietnam expects to acquire 150 million vaccine doses from various producers, including those from the U.S., India, Russia, and China, this year.

Nearly 50,000 people have been given the first jab of AstraZeneca vaccine since Vietnam started inoculation on March 8, according to statistics.

Vietnam reported zero local coronavirus infections and 14 imported cases on Thursday, when the national caseload stood at 2,617 patients, according to the Ministry of Health.

They have registered 2,359 recoveries and 35 virus-related fatalities so far.