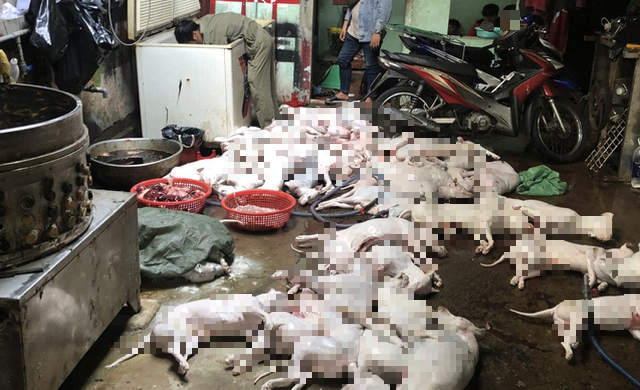 Officers were patrolling along a street in District 12 on Thursday morning when they noticed two men with suspicious signs.

The officers believed the men to be dog thieves and decided to follow them.

They later arrived at a house with no address in Trung My Tay Ward, District 12, where they were about to sell some dogs.

The police examined the facility and found 51 dogs weighing 490 kilograms, which were being slaughtered.

Multiple tools suspected to be used for stealing dogs were also discovered at the location.

The two suspicious men were escorted to the police station to verify whether they had stolen the dogs.

The People’s Committee in Trung My Tay Ward imposed a VND2.5 million (US$108) fine upon L.V.P., 43, the house owner, for failure to meet veterinary hygiene standards.

P. was also required to pay an additional VND8 million ($348) to authorities to cull the dogs found at his facility in accordance with regulations.