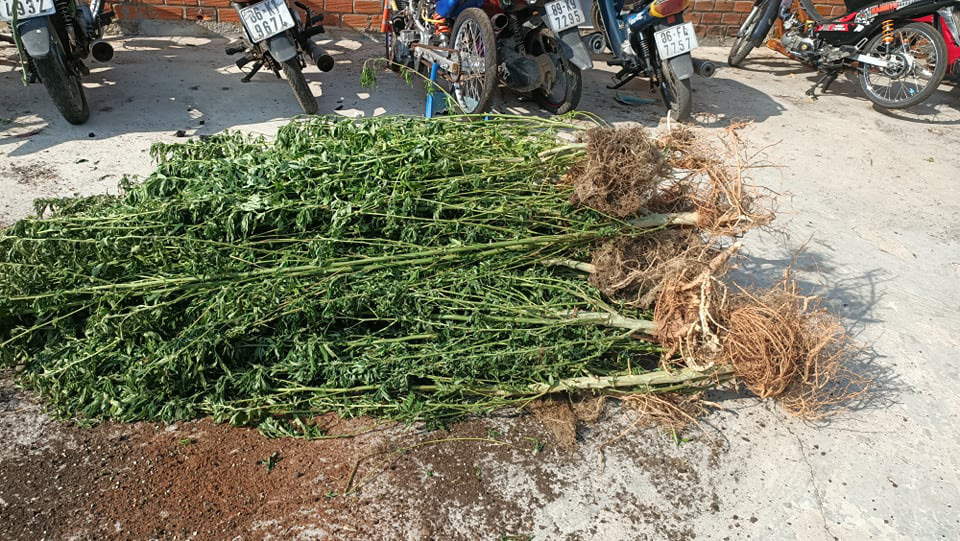 Police are investigating a 54-year-old Canadian national who they say grew hundreds of cannabis plants at a home belonging to his Vietnamese wife.

On Wednesday afternoon, police officers in Phan Thiet City, Binh Thuan Province inspected the residence of Hoang My Hanh, 31, where they found 476 cannabis plants which she said had been planted by her Canadian husband Glen Jeffrey Evans.

Evans said he had been farming the plants for medicinal purposes and showed officials a permit issued by the Canadian government to grow no more than 25 cannabis plants.

The permit, however, holds no validity in Vietnam.

An investigation into the case is ongoing.

According to Vietnamese law, growing cannabis is punishable by a fine of VND2-5 million (US$84-211) if the number of trees is under 500.