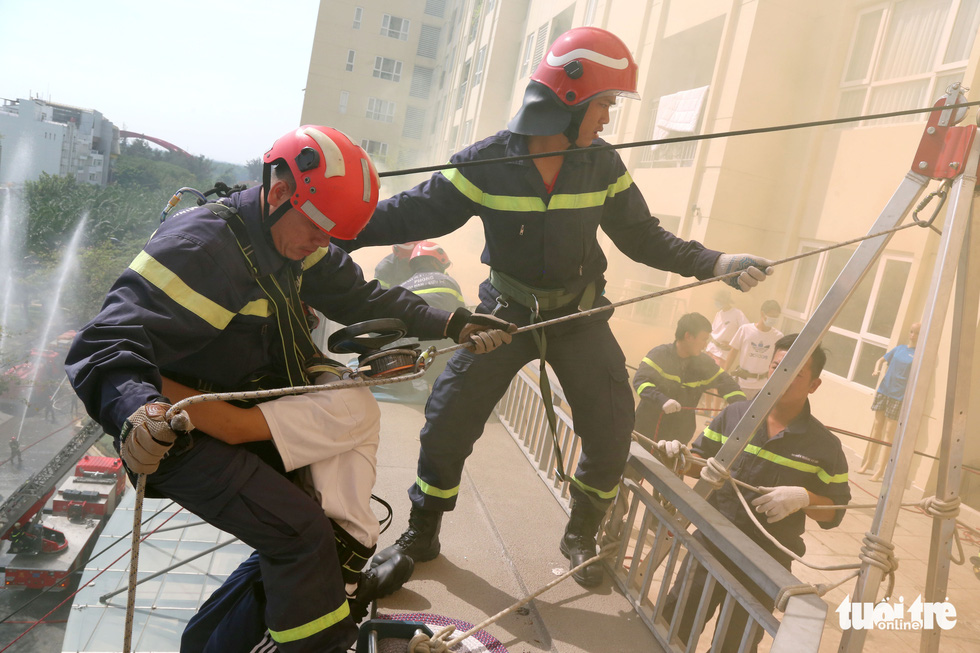 Fierce fires, swift water currents, and terrible accident scenes are where everyone wants to escape from, except for firefighters and rescuers who have to constantly practice there to improve their skills.

During such incidents, firemen and rescuers always face the dangerous fires and the risks of building collapse to access and save the trapped victims before taking them to safe places.

These forces have to undergo harsh training every day to master the rescue skills and they are ready to be dispatched to such scenes any time.

At moments of life and death, human lives must be put above anything else, said Senior Lieutenant Colonel Nguyen Nhat Phuong, from the Fire Prevention and Fighting and Rescue Police Division (PC07) under the Ho Chi Minh City Department of Public Security.

Last year Phuong was honored as one of the Outstanding Young Citizens of Ho Chi Minh City. “There have been times when the firefighting order was issued as soon as we began to have meals,” the official said.

Truong added that 82 victims were rescued during such calamities.