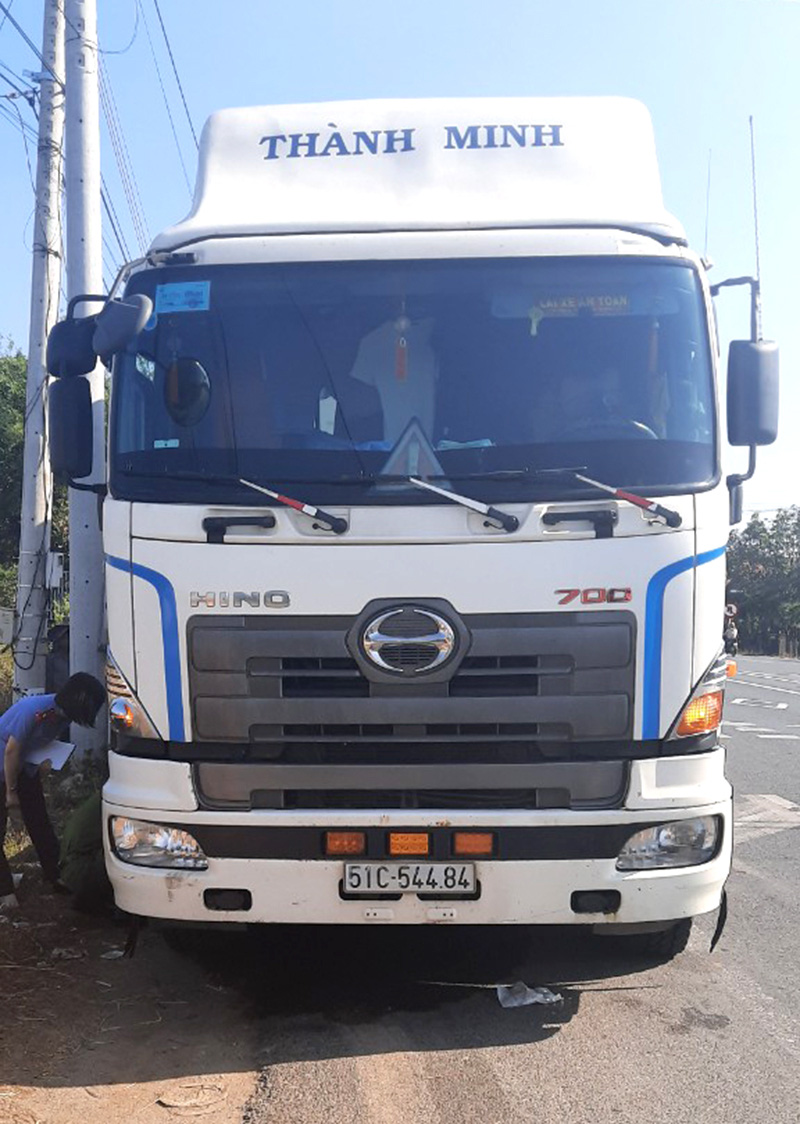 A tractor-trailer driver who fatally crashed into a pedestrian in the south-central Vietnamese province of Phu Yen has been arrested at about 60 kilometers away from the scene.

The incident was discovered after a resident saw the body of a man along a section of National Highway No. 1 in Hoa Xuan Tay Ward, Dong Hoa Town at around 5:00 am on Tuesday.

Police officers later arrived at the location and determined that the victim had been fatally hit by a tractor-trailer while he was walking on the roadway.

The vehicle had already left the scene.

Officers in Dong Hoa Town coordinated with the provincial traffic police unit to track down the tractor-trailer.

The vehicle was eventually pulled over in Ninh Hoa Town, Khanh Hoa Province, about 60 kilometers away from the crash site.

The driver, 36-year-old Nguyen Duc Manh from the northern province of Thai Nguyen, was escorted to the police station.

The vehicle was also impounded and inspected to facilitate the investigation.

On Saturday, police in the north-central province of Quang Tri also arrested a tractor-trailer driver for causing a hit-and-run that killed two people on a motorbike.