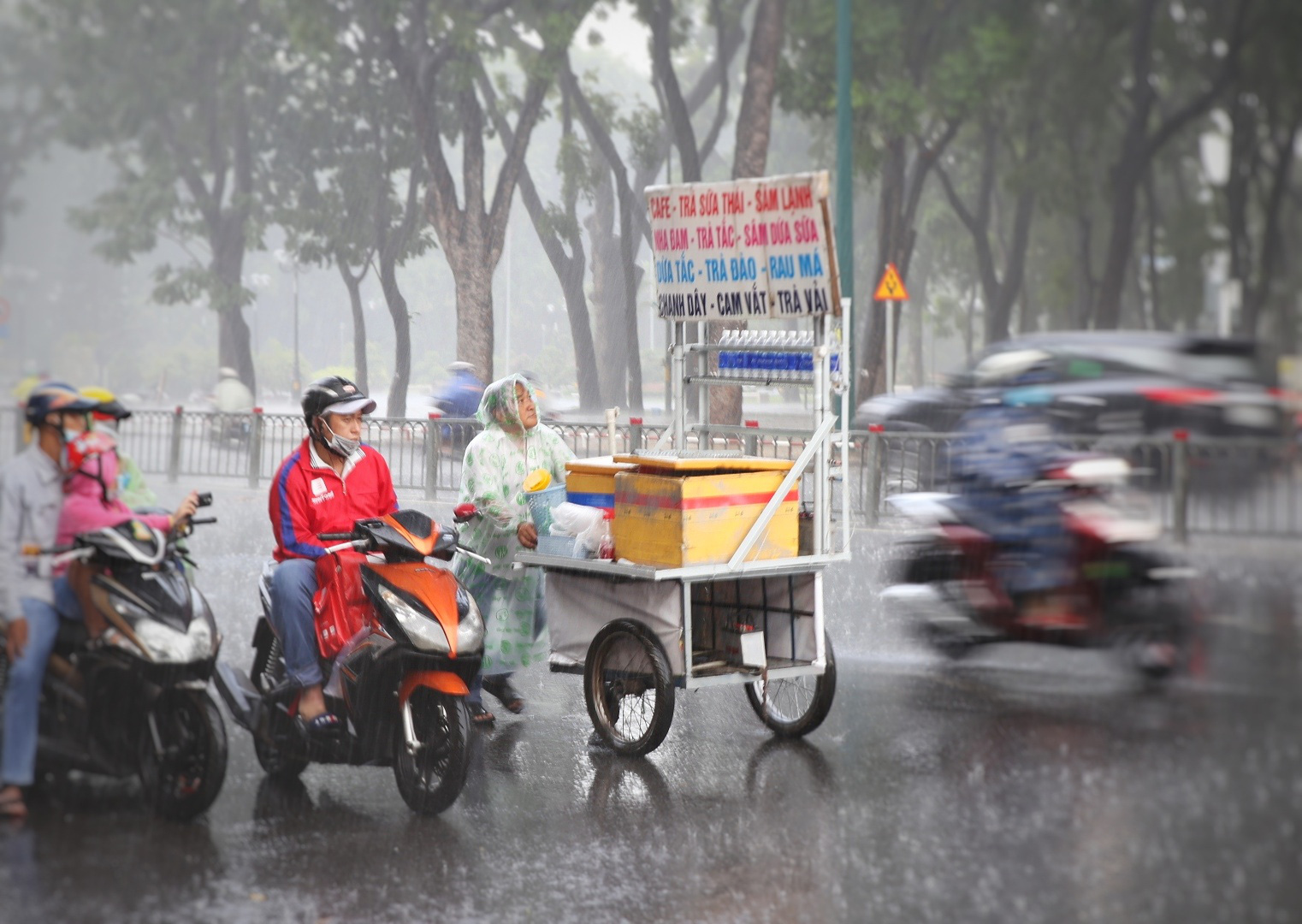 Rain and thunderstorms are forecast to dampen southern Vietnam over the next eight days, although the region has yet to enter its rainy season.

A thunderstorm occurred in many parts of Ho Chi Minh City at midnight on Wednesday and lingered until early Thursday morning.

Similar rains are forecast from April 16 to 23, with most occurring in the evenings and at night, according to Le Dinh Quyet, an official from the southern hydro-metrological station.

The downpours will be accompanied by strong gusts and thunderstorms, particularly between April 19 and 23.

The rainy season has yet to begin in southern Vietnam, Quyet said, adding that it is expected to start in late April or early May.

“Local residents should be cautious as thunderstorms and gusts will become common at the beginning of the rainy season,” the official added.

Previous reports noted that the rainy season in southern localities will begin earlier this year due to the La Nina phenomenon.

However, it may be shorter, resulting in a lower volume of rainfall compared to past years.

Local authorities have been advised to store fresh water in order to cope with drought and saltwater intrusion caused by the shortened season.

According to the National Center for Hydro-meteorological Forecasting, rain is also in the forecast for other parts of Vietnam from April 16 to 23.