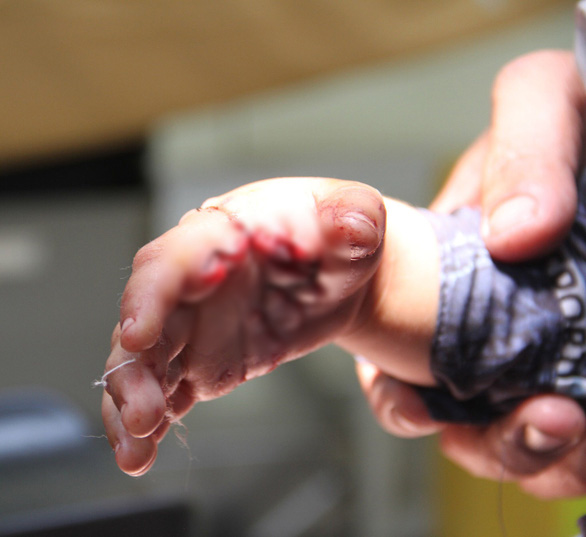 A crocodile left multiple bites on a toddler’s hand in the Mekong Delta province of Bac Lieu after the baby boy had put his hand into the farmed animal’s cage earlier this week.

Thanh Vu Medic General Hospital in Bac Lieu said on Thursday that the health of three-year-old D.T.D. from the province’s Hong Dan District has reverted to stable conditions after he was treated for crocodile bites.

D. was admitted to the hospital on Wednesday with the wounds on his right hand bleeding severely though the baby boy had been given first aid at a local hospital.

According to D.’s family, he came close to and put his right hand through the bars of the wide cage where the family raised a crocodile.

The animal then attacked D.

According to his X-ray and ultrasound results, there were a total of ten wounds on D.’s hand and fingers.

The wounds did not damage the baby’s bones and tendons.

D. has been injected with antibiotics and remained at Thanh Vu Medic General Hospital for doctors to monitor if any infection develops on his bitten hand.