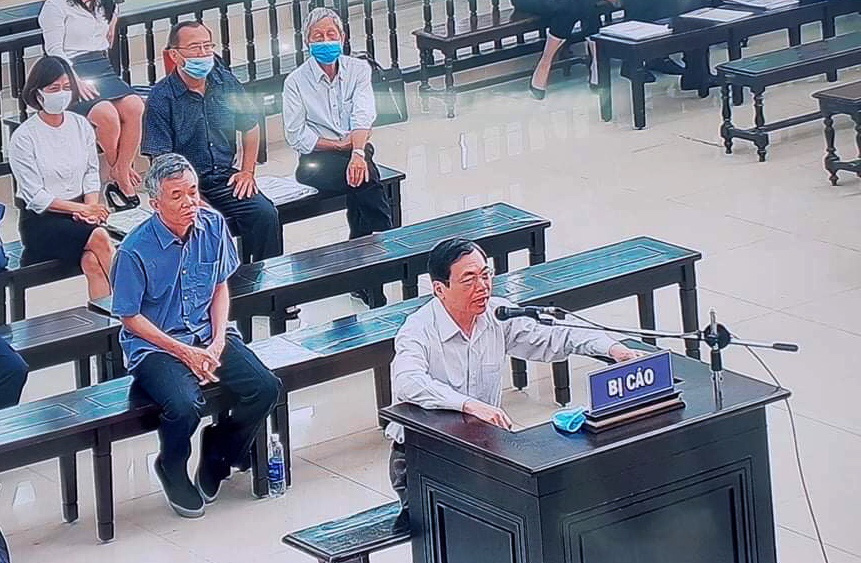 Vietnam’s former Minister of Industry and Trade Vu Huy Hoang has been sentenced to 11 years in prison for violations in state asset management.

The Hanoi People’s Court on Thursday gave Hoang the 11-year jail term for “violating regulations on the management and use of state assets, causing losses and wastefulness.”

The 67-year-old former official failed to attend the trial due to health problems.

Phan Chi Dung, former head of the Light Industry Department under the Ministry of Industry and Trade, was sentenced to nine years in jail for the same offense.

Eight other defendants who are former Ho Chi Minh City officials were sentenced to between 30 months and seven years behind bars for violating regulations on land management.

According to the indictment, the Saigon Beer - Alcohol - Beverage JSC (Sabeco), managed by the ministry, was given more than 6,000 square meters of land at 2-4-6 Hai Ba Trung Street in downtown Ho Chi Minh City for production and business operations.

Hoang and Dung, along with Ho Thi Kim Thoa, former Deputy Minister of Industry and Trade, who has fled the country, directed their subordinates at the ministry and Sabeco to establish Sabeco Pearl, a joint venture between the firm and a number of private enterprises.

Sabeco completed legal procedures for the joint venture to invest in a project on building a hotel, a commercial and convention center, and office space for lease on the land lot.

The ministry later ordered Sabeco to divest its entire stake at Sabeco Pearl.

Following these illegal transfers, the land lot became private property, resulting in losses worth VND2.7 trillion (US$116.8 million) to the state.

During the trial, Hoang only admitted his responsibility as the head of the ministry, stating that Thoa was mainly responsible as she was the direct manager of Sabeco when the violations took place.

In addition to the prison terms, the trial panel also handed over the land lot to the Ho Chi Minh City People's Committee for further handling in accordance with the law.