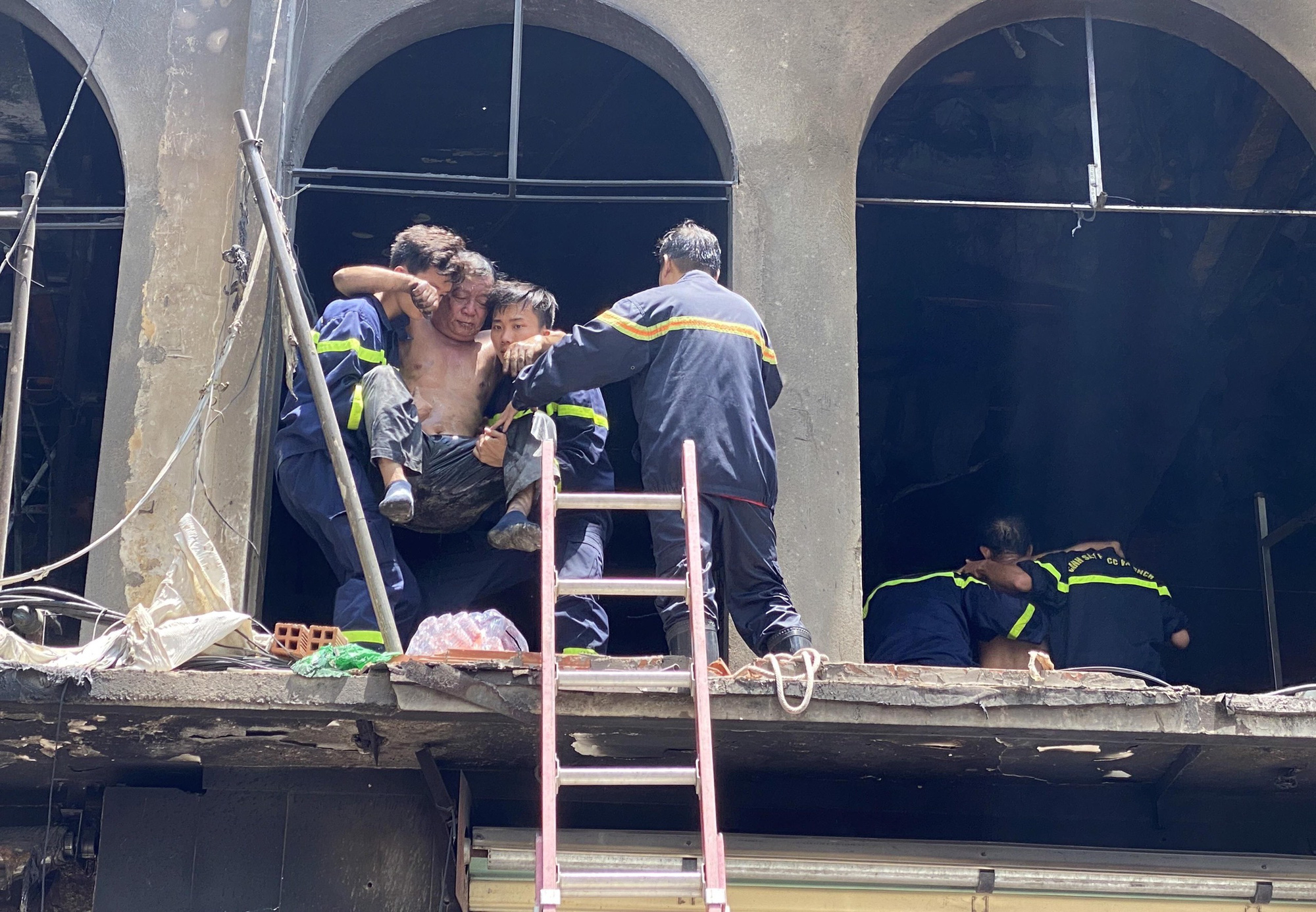 Several individuals have been arrested in association with a fire that broke out during the illegal renovation of an apartment building in Ho Chi Minh City last weekend, killing one person and injuring five others.

Police in the city's District 1 have apprehended several people to facilitate their investigation into the deadly blaze that occurred at an old apartment building on Tran Hung Dao Street on Saturday, a source close to Tuoi Tre (Youth) newspaper confirmed on Monday.

Preliminary information showed that multiple spaces inside the apartment building were leased by many people to operate coffee shops and bars.

In early April, the new owner hired a group of workers to renovate these spaces.

As the renovation plan had not been approved by local authorities, it was suspended on April 13.

However, the workers secretly continued their tasks on May 1 before the fire broke out.

Nine fire trucks and 56 firefighting police officers were sent to the location to put out the blaze.

One person was killed and five others were injured following the incident.

Among the injured, one man suffered a broken leg after jumping from the first floor of the building.

The apartment building, about 30 years old, has three floors and consists of 12 apartments.

Four of the apartments were burned down in the blaze.