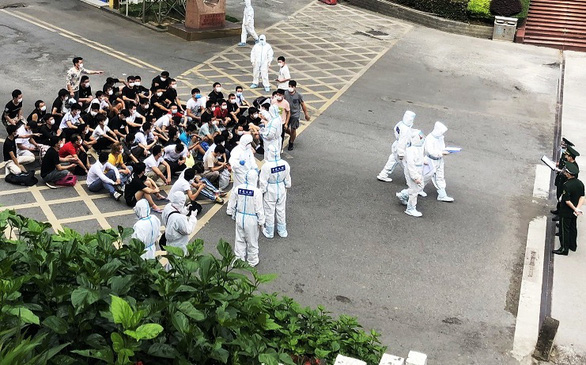 Police in Ho Chi Minh City deported a total of 52 illegal migrants on May 7 and 8 after they had sneaked into Vietnam to find jobs locally or in Cambodia.

The deportation was confirmed by officials from the Ho Chi Minh City Department of Public Security on Thursday.

The group of foreign illegals admitted that they had entered Vietnam through Vietnamese middlemen who managed to smuggle them across the country’s northern border before putting them on coaches to Ho Chi Minh City.

According to police, most of the border jumpers were either planning to stay in the southern city and find jobs or proceeding to Cambodia for work.

Unauthorized border crossing, aside from being illegal, poses a threat of COVID-19 transmission to the local community, Ho Chi Minh City police stated.

As Vietnam is tightening border security to minimize the risk of coronavirus infection from border jumpers, city forces will uphold strict monitoring and detection, while levying stern penalties on illegal aliens.

The country requires all arrivals from outside the country to undergo different forms of quarantine to stem the spread of COVID-19.

Many border jumpers have been found trying to enter the country illegally in order to duck the mandatory quarantine.

Vietnam has confirmed 729 domestic cases in 26 provinces and cities since April 27, after it had gone about a month detecting zero infections in the community.

The country has documented 3,756 local and imported COVID-19 infections as of Friday afternoon, with 2,657 recoveries and 35 deaths, according to the ministry’s statistics.

Vietnam, whose population is around 97 million people, has administered 959,182 coronavirus vaccine shots since it rolled out mass vaccination on March 8.