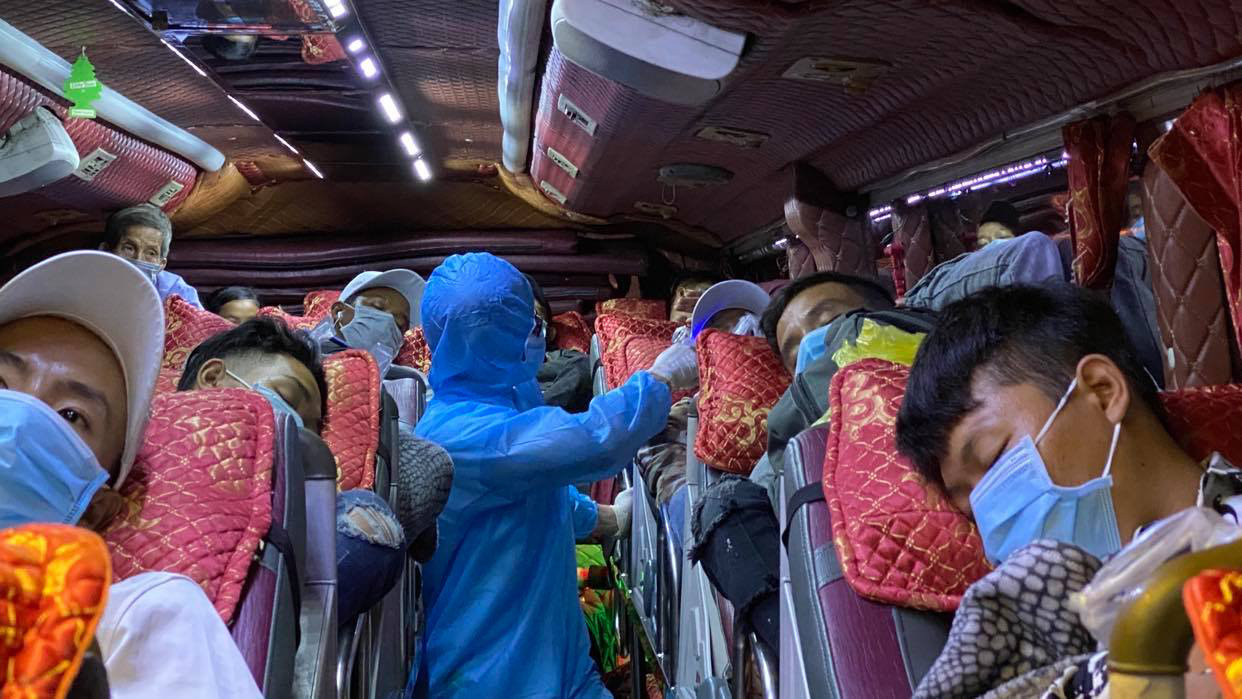 Twelve checkpoints at Ho Chi Minh City’s gateways have been put into operation from 0:00 Saturday to medically inspect vehicles.

Each of these checkpoints has mobile police officers, traffic inspectors, and health workers on duty around the clock.

They join hands to carry out body temperature measurement for people entering the city and collect medical declarations from them.

The medical inspection will be implemented on a random basis during the rush hours and on all vehicles entering the city during other hours, according to Lieutenant Colonel Nguyen Van Binh, deputy head of the Ho Chi Minh City road and railway traffic police division.

“This plan is to avoid congestion and ensure smooth traffic,” Binh said.

“The functional forces will organize the implementation based on the traffic situation.”

In addition to the 12 checkpoints at the city’s entrances, 57 other auxiliary checkpoints have also been installed across the southern metropolis.

Along with medical checks, the 69 checkpoints have the authority to handle and propose punishments against violations on COVID-19 prevention and control.

The municipal government established 62 similar checkpoints in April 2020 when Vietnam faced a serious epidemic outbreak and dismantled them three weeks later, when the virus had been kept at bay.

The 12 coronavirus checkpoints that began operating at Ho Chi Minh City’s entrances at 0:00 am on Saturday:

3. The foot of the Doi Bridge on Tran Van Giau Street, bordering southern Long An Province

8. The foot of Song Than overpass on National Highway 1A, bordering Binh Duong Province

11. In front of the University of Security on National Highway 1A