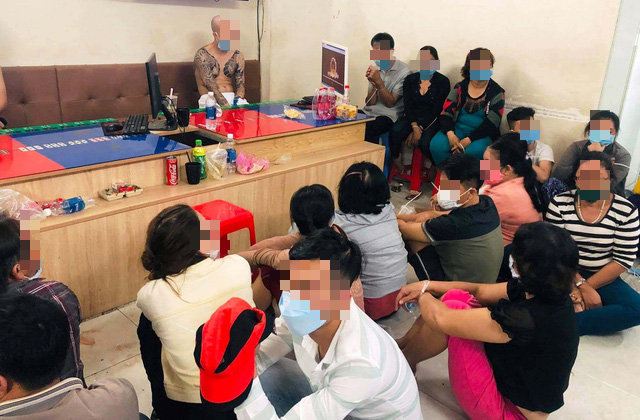 Officers under the municipal Department of Public Security confirmed on Monday that the suspects had been charged for gambling and organizing gambling.

Police previously inspected a three-story house on Street No. 18 in Binh Hung Hoa Ward, Binh Tan District at around 8:00 pm on Sunday.

Dozens of people were participating in both offline and online gambling activities in the house.

Preliminary information showed that the gambling den was managed by 32-year-old Pham Dinh Dat from the northern province of Hai Duong.

Dat, who has several criminal records, hired some individuals to help him operate and safeguard the gambling racket.

In accordance with the Penal Code, gambling with transactions worth VND5 million (US$217) and over is punishable by a VND10-50 million ($434-2,170) fine, six-month to three-year non-custodial rehabilitation, or three to seven years in prison.

Organizing gambling is punishable by a fine worth VND50-300 million ($2,170-13,000) or a jail term lasting one to ten years, depending on the severity of the violation.