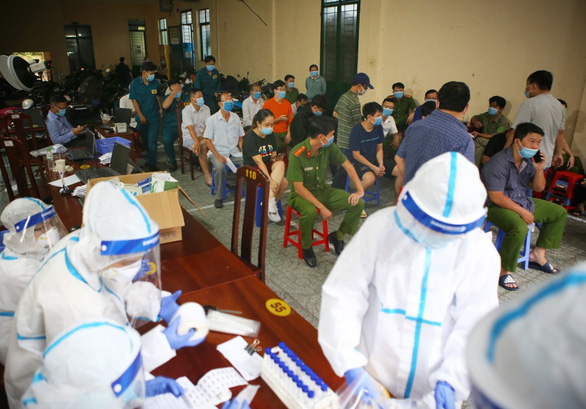 The Ministry of Health confirmed 36 more domestic coronavirus cases in Ho Chi Minh City on Thursday, all traced to a registered religious sect.

The cases were linked to Revival Ekklesia Mission, a Christian congregation based in Go Vap District, the health ministry said in a report.

This sect was given a permit in 2006, Nguyen Duy Tan, head of religious affairs at the Ho Chi Minh City Department of External Relations, said on Thursday.

Twenty-nine of the patients are Revival Ekklesia Mission followers while seven were their direct contacts, the center elaborated.

Health authorities are in the dark about this cluster’s source of infection, as contact tracing and targeted lockdown have been underway since its detection.

The cluster was first uncovered when a woman came to a local hospital for a check on her respiratory symptoms on Wednesday.

The Ministry of Health announced one virus-related death and 227 local infections nationwide on Thursday.

Bac Giang Province, an epicenter in the north, recorded 128 of the transmissions.

Vietnam has been fighting the COVID-19 pathogen’s re-emergence since April 27, with 3,255 community cases having been reported in 30 out of 63 provinces and cities.

Forty-four patients, including the said 36 infections, have been recorded in Ho Chi Minh City during the current bout.

Vietnam has detected 6,316 cumulative COVID-19 cases, including 4,824 local infections, since the virus first hit the country on January 23, 2020, according to the Ministry of Health’s data.