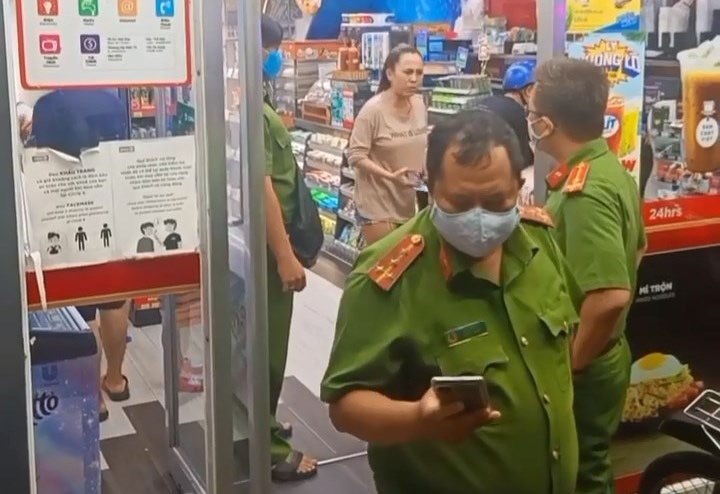 A woman was fined after refusing to put on a face mask as a COVID-19 prevention measure and yelling at police officers at a convenience store in Ho Chi Minh City.

Preliminary information showed that N.T.N., 35, and a young girl entered a convenient store on Ton Dan Street in District 4 at around 11:45 pm on Monday.

As the store clerk reminded her to put on a face mask as a coronavirus control measure, she refused and began shouting, forcing the employee to contact local police.

Officers arrived at around 0:25 am on Tuesday and tried to explain to N. about current regulations and asked her to present her ID.

The woman did not cooperate and continued yelling at the officers.

In a video clip, N. insists that there is no pandemic going on in Vietnam and that police have lied to local residents.

N. was eventually escorted to the police station.

A source close to Tuoi Tre (Youth) newspaper confirmed that N. was fined VND2 million (US$86) for failure to wear a face mask in public and VND350,000 ($15) for disturbing public order and failing to present personal documents.

Meanwhile, N.’s family members stated that she was showing signs of stress and psychological instability, the source added.

In related news, a 27-year-old man was booked for failure to wear a face mask while riding a motorbike in Ho Chi Minh City on Tuesday night.