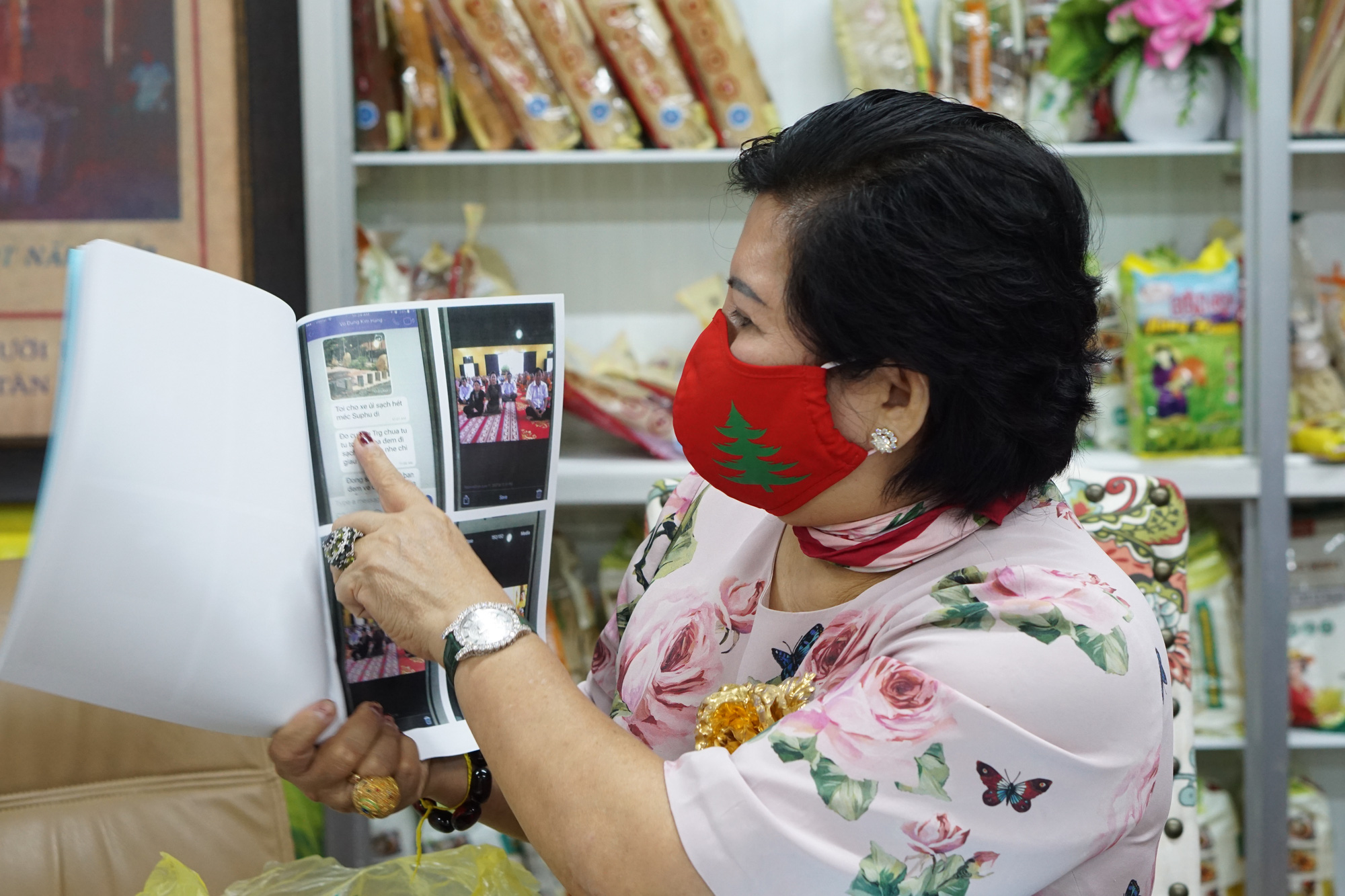 The People’s Court of District 1 in Ho Chi Minh City has announced that it is handling a claim for VND1 trillion (US$43.5 million) in damages against a recent live-streaming sensation over alleged made-up content.

According to Giau, she first met Hang in 2017 during a visit to Phuoc Son Pagoda in southern Dong Nai Province.

Although the two women neither developed a business relationship nor friendship, Hang would often send insulting text messages to Giau.

Those text messages have been submitted as evidence to the court.

Hang rose to Internet fame last month following her live-streaming sessions that both drew hundreds of thousands of live viewers and sparked a huge public controversy.

Her live streams featured harsh language against many whom she claimed to be con artists and famous but dishonest entertainers in Vietnam.

She also made disparaging remarks about Giau during a live stream on May 14.

According to Hang’s comments in the live stream, “Giau forced the abbot of Phuoc Son Pagoda to return money and vehicles to Hang and managed the charity money box at the pagoda.”

She also claimed that “Giau is a super-scam entrepreneur and took Buddha statues and flowers without paying.”

In her statement to the court, the Binh Tay chairwoman stated that the remarks were slanderous.

Her submission to the court demanded that the Dai Nam executive be required to refrain from her insults, remove social media content related to Giau, publicly apologize to Giau, and correct her slanderous statements against Giau on YouTube.

Giau also demanded that Hang pay VND1 trillion in compensation for her material and mental losses.

According to Vietnamese regulations, in lawsuits associated with honor, dignity, and reputation, the plaintiff has the right to make a claim without limitation.

During the adjudication, the court will evaluate submitted evidence and legal provisions in order to make a final judgment on the amount of recompense.

"I am extremely angry and indignant at her lies which seriously hurt my honor, reputation, dignity, and the brands of my products.”

The Ministry of Information and Communications has recently asked authorities in all provinces and cities to beef up the management and handling of live-streamers who insult other organizations and individuals, as well as use offensive language which goes against “fine customs and traditions.”