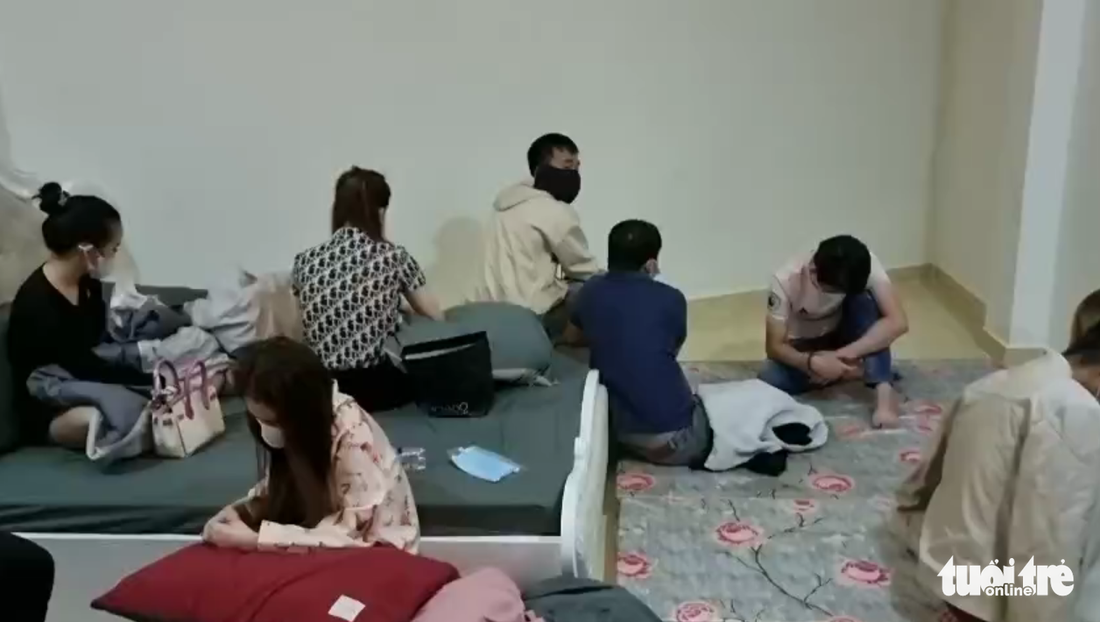 Two groups of young men and women were high on drugs in the basements of the two villas, which were filled with music and laser lights.

The first group consisted of eight people while the second included four.

All 12 individuals were then taken into custody.

Among them, seven are from many Vietnamese provinces and cities, while the rest are residents of Da Lat and other districts in Lam Dong Province.

Preliminary investigation showed that L.X.T., 27, who hails from northern Yen Bai Province, had bought the narcotics and rented the villas to organize the drug parties.

In Vietnam, organizing drug use is punishable by a prison term ranging from two to 20 years or a life sentence, depending on the severity of the offense.

Officers in Da Lat on the same day raided two local karaoke shops and discovered 42 customers and employees, although karaoke service has been suspended in the locality due to the COVID-19 pandemic.

One of them later tested positive for narcotics.

Each of the 42 individuals was fined VND3 million ($130) for violating regulations on coronavirus prevention and control.