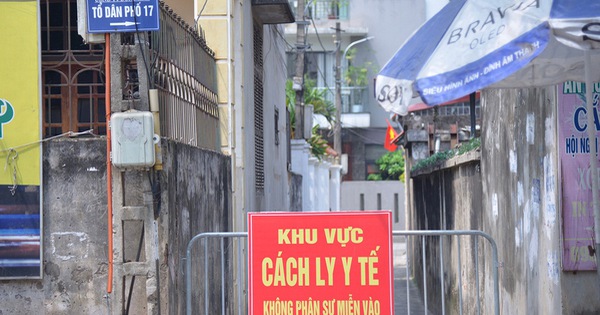 Another vegetable merchant infected with coronavirus in Hanoi

Another vegetable merchant in Hanoi has caught COVID-19 after coming into close contact with a patient, who also sold vegetables at the same market.

From May 28 to June 6, H. sold vegetables at Cua Hang Moi Market in Dong Anh Town, located in the namesake district.

She also went to Van Tri Market in Van Noi Commune, Dong Anh District on a daily basis to buy products before reselling them at Cua Hang Moi Market.

The woman came into close contact with patient No. 8,853, a 45-year-old woman who also sold vegetables at the same market, on May 30.

H. started having symptoms such as coughing with mucus and fatigue on June 2.

After patient No. 8,853 was confirmed on Monday, H. went to the medical center in Dong Anh District on Tuesday to fill in a health declaration and had her samples collected for COVID-19 testing.

Her result came back positive for the novel coronavirus later the same day.

She was confirmed as patient No. 9,139 by the Ministry of Health on Tuesday evening.

The cluster at Cua Hang Moi Market in Dong Anh has so far recorded two patients, while the source of infection remains unknown.

Vietnam has recorded 9,222 COVID-19 cases as of Wednesday morning, with 3,549 recoveries and 55 deaths, according to the health ministry.

The country has documented 6,045 local infections in 39 provinces and cities since April 27, including 441 cases in Hanoi.