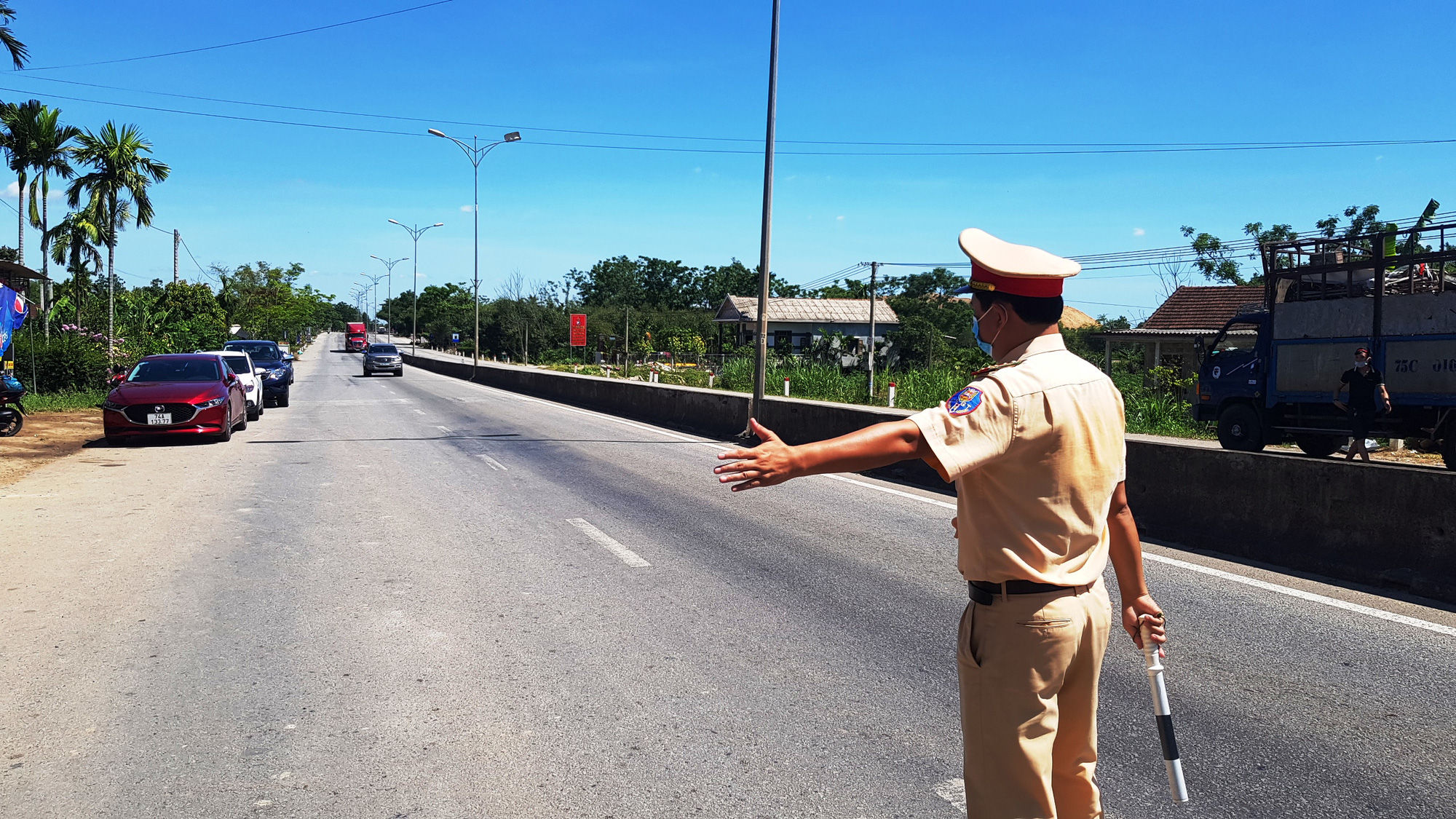 Eight travelers were caught sitting in a truck container to avoid health declaration procedures at a COVID-19 checkpoint in the central Vietnamese of Thua Thien-Hue earlier this week as they misunderstood that they were subject to required quarantine for people from coronavirus-hit areas.

The case was confirmed by Hoang Van Thai, deputy chairman of the province’s Phong Dien District, on Tuesday afternoon.

On Monday, police officers stationed at a COVID-19 checkpoint in the same district’s Dien Huong Commune noticed suspicious signs from the truck numbered 75C-031.35, driven by Mai Van M. from Phu Vang District, when the driver was performing medical declaration there.

A sudden inspection showed eight people hiding among machines carried on the truck bed, which was carefully covered with tarp.

The eight people said that they were traveling from the northern province of Nam Dinh to Thua Thien-Hue’s Hue City.

Afraid of being sent to centralized coronavirus quarantine facilities as returnees from pandemic-stricken areas, they decided to be holed up in the truck.

However, Thai corrected that they were not subject to COVID-19 quarantine as Thua Thien-Hue authorities currently do not regard Nam Dinh as a virus-hit locality.

Nam Dinh has reported six local coronavirus cases while Thua Thien-Hue has documented five community infections in the current wave of COVID-19 that began in Vietnam on April 27.

The eight people in question were eventually only fined for their administrative violation of dodging health declaration, according to Thai.