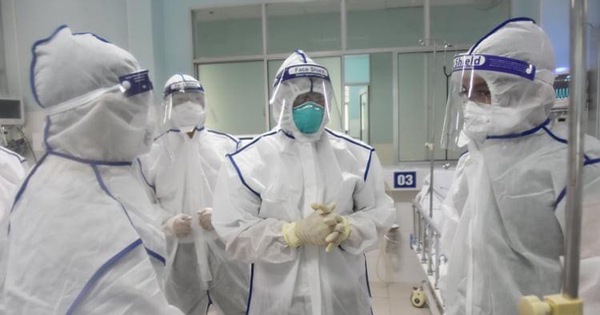 A young man with no underlying condition has passed away due to unknown reasons about 39 hours after receiving a COVID-19 vaccine shot in Hanoi.

The man was T.H.L., a 26-year-old teacher from Dong Anh District, the Hanoi Center for Disease Control confirmed on Tuesday evening.

L. came to the medical center in Nam Hong Commune at 8:20 am on Sunday to undergo a health check before receiving a dose of COVID-19 vaccine.

His body temperature was 36.1 degrees Celsius, blood pressure at 130/80mmHg, pulse at 80 times per minute, and respiratory rate at 18 breaths per minute.

He did not have any underlying health condition.

L. got a shot of AstraZeneca’s COVID-19 vaccine before having his health monitored at the medical center for 30 minutes.

Health workers then instructed him on how to monitor his condition at home.

At 9:55 pm on Monday, L.’s family members contacted a local medical center to report that he was having a seizure.

An emergency unit from the Dong Anh District Medical Center arrived at his house 15 minutes later.

After receiving emergency treatment for 30 minutes, L.’s condition worsened as his skin turned purplish and his pupils dilated to about five to six millimeters.

L. was rushed to Dong Anh General Hospital but died at 11:15 pm the same day despite doctors’ efforts.

According to the Hanoi Department of Health, the medical center in Nam Hong Commune had met all requirements to become a vaccination station.

The center administered AstraZeneca’s COVID-19 vaccine shots belonging to batch No. ABX1466, whose expiration date is on August 31, to 100 people on Sunday.

Aside from L., all people receiving the doses that day are in normal health.

The entire inoculation process was carried out in accordance with regulations, the health department added.

During a meeting on the case on Tuesday morning, experts from Bach Mai Hospital and the National Institute of Hygiene and Epidemiology concluded that the man had died from an unknown cause 39 hours after receiving a COVID-19 vaccine shot.

Clinical manifestations and forensic results showed no evidence of death due to anaphylaxis or embolism, thus microscopic tests and gene sequencing need to be performed to reach a conclusion.

Vietnam began COVID-19 inoculation on March 8 and has administered more than 2.5 million doses as of Tuesday night.

Four post-vaccination deaths have been recorded in the country so far, of which three were due to unknown causes, according to VnExpress newspaper.