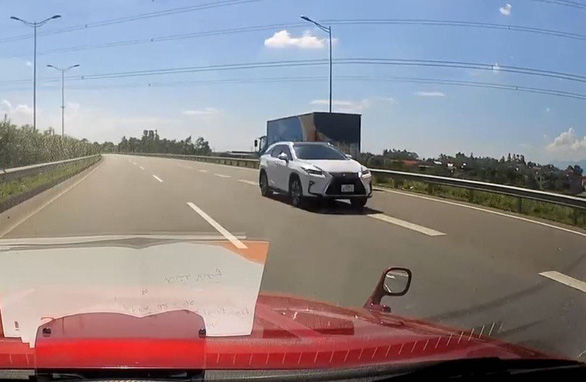 A man from Hanoi is likely to have his driver’s license revoked for six months after a CCTV system captured him driving in the wrong direction on the Noi Bai - Lao Cai Expressway on June 18.

After being summoned to a local traffic police station, D. admitted his violation, saying that he had missed the exit to Tam Dao District in northern Vinh Phuc Province, but did not know an alternative route.

According to current Vietnamese law, motorists caught driving in the wrong direction are subject to a fine of VND17 million (US$738), could have their driver’s license revoked for six months for driving, and potentially have their car impounded for seven days.