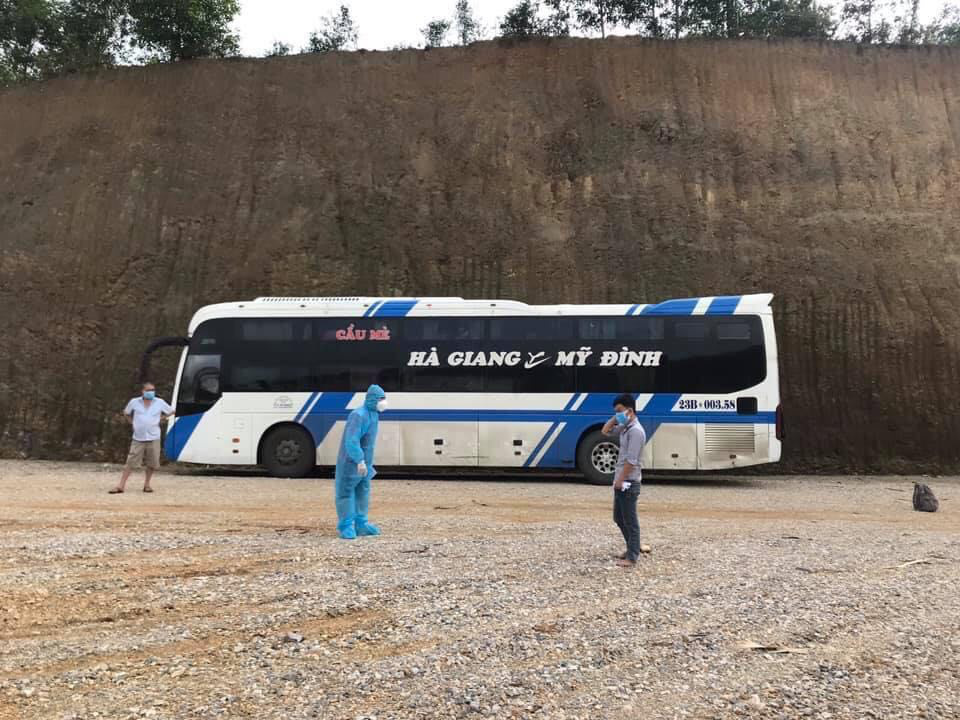 Police in Bac Giang, Hanoi, and Ha Giang collaborated to catch a COVID-19 patient on a sleeper bus with 28 other people after he had escaped from a hospital on Sunday.

After testing positive for the coronavirus, Qua was transferred from a medical isolation area in Viet Yen to Bac Giang Viet - Han Technology Vocational College, which has been requisitioned for COVID-19 treatment purposes, in Bac Giang City, located in the same province, on May 31.

Qua was asymptomatic and tested for COVID-19 using the real-time RT-PCR method for seven times during his treatment at the college, before being moved to the Military Hospital 110 in the same city on Saturday.

Staff at the Military Hospital 110 discovered Qua had disappeared from the facility at around 6:00 am on Sunday.

Authorities in Bac Giang and local police and military forces began searching for the patient at around 9:00 am on the same day.

The provincial police, in collaboration with their colleagues in Hanoi and Ha Giang, found Qua on the sleeper bus numbered 23B-00358 en route from My Dinh Bus Station in Hanoi to Ha Giang at 12:30 pm that same day.

There were 28 other people, including 20 passengers, on the sleeper bus when the functional forces pulled it over in Ham Yen District, Tuyen Quang Province to catch Qua.

The provincial police department will also coordinate with relevant agencies to investigate Qua’s escape according to regulations, Son added.

At the same time, relevant units and individuals must explain and clarify their responsibilities for letting the escape occur.

Vietnam had documented 20,508 COVID-19 cases by Monday afternoon, with 7,819 recoveries and 90 deaths, according to the Ministry of Health.

The country has recorded 17,080 local infections in 55 provinces and cities since a new outbreak began on April 27.

Bac Giang Province, with 5,665 confirmed COVID-19 cases ever since, had been the hardest-hit Vietnamese locale during this current wave, before Ho Chi Minh City’s caseload surpassed 6,000 on Sunday.