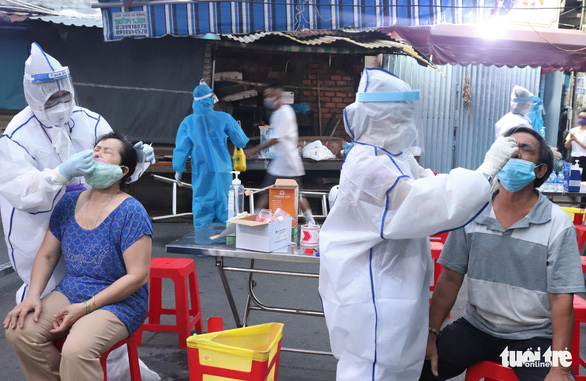 The ministry documented a total of 2,934 cases, 10 of which were imported infections registered in Binh Dinh Province, Thanh Hoa Province, Quang Nam Province, and Hanoi.

The health ministry noted 2,509 of the domestic transmissions were found in centralized quarantine centers or locked-down areas.

The new cases smashed the record of 2,383 patients set on Monday.

Vietnam has combated a new outbreak since April 27 after more than one year of success in stalling the virus.

The Ministry of Health has logged 33,909 local infections in 58 out of 63 provinces and cities ever since.

The Southeast Asian country has detected 37,434 cumulative infections since the virus first struck it early last year, according to the health ministry’s data.

Recoveries have increased to 9,624, including 71 announced on Wednesday, whereas today’s six fatalities have taken the toll to 138.

The country has administered over four million vaccine doses to medical workers, teachers, factory workers, and other frontline staff since it rolled out inoculation on March 8.

Nearly 284,000 people have been fully vaccinated.