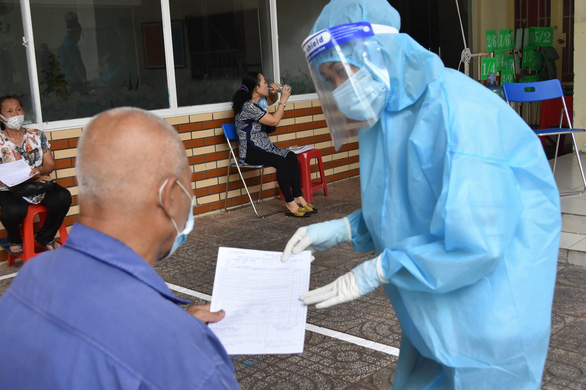 The Ministry of Health confirmed almost 7,300 domestic COVID-19 cases along with more than 2,000 recoveries in Vietnam on Friday.

Thirty-seven provinces and cities recorded 7,295 local infections while another 12 were imported from abroad, the health ministry said.

A total of 1,274 cases were detected in the community whereas the remainder were found in centralized quarantine facilities or isolated areas.

Today’s locally-acquired infection jump is the sharpest so far, after a record was set at 6,164 patients on Thursday.

Since the fourth COVID-19 wave began in Vietnam on April 27, Vietnam has registered 77,967 domestic cases in 62 out of 63 provinces and cities.

The health ministry reported 2,115 recoveries on Friday, taking the total to 15,536 recovered patients. The death toll remains at 370.

More than 4.4 million vaccine shots have been administered to medical workers, teachers, factory workers, and other frontline staff since Vietnam rolled out inoculation on March 8.

About 334,000 people have been fully vaccinated.