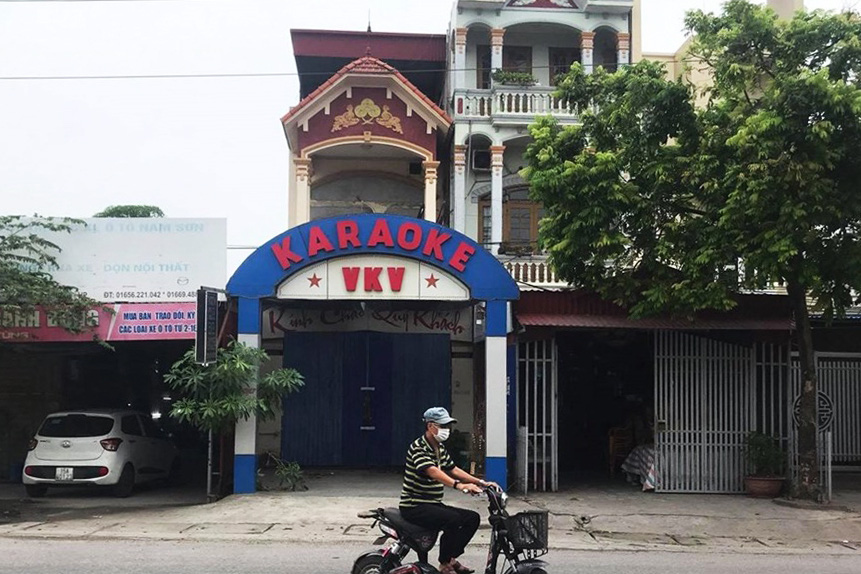 Law enforcers in northern Hai Phong City have investigated the illegal possession and use of narcotics at a local karaoke bar involving an officer of a district court, a leader of the public security bureau of An Duong District said on Thursday afternoon.

Local police launched a random administrative inspection at the VKV karaoke parlor in An Hong Commune on July 17.

While Hai Phong authorities had ordered the suspension of karaoke businesses for COVID-19 prevention at the time of the inspection, the police team discovered seven people singing in one of VKV’s rooms.

All of the seven people, including Nguyen Hong Chinh, a 38-year-old secretary at the People’s Court of Hong Bang District in Hai Phong, together with the owner of the karaoke facility, Le Quoc Tuan, tested positive for drugs.

The eight people were detained for the investigation of the illegal possession and use of narcotics, as well as the alleged violation of COVID-19 prevention rules.

In response to Tuoi Tre (Youth) newspaper’s query on Thursday afternoon, Pham Duc Tuyen, chief justice of the People’s Court of Hai Phong City, said he has yet to receive any reports on the case so far.

“If the incident occurs outside office hours and outside the office, the responsibility lies with the civil servant who commits violations,” Tuyen said.

“After receiving a conclusion from competent forces, the People’s Court of Hai Phong City will handle his violations according to regulations,” the chief justice added.