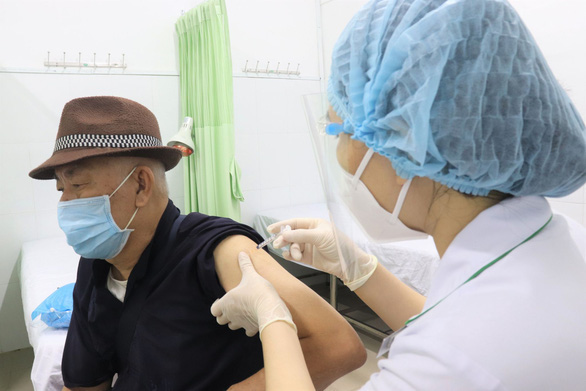 The Ministry of Health has announced a plan to prioritize the country’s limited resource of Pfizer-BioNTech coronavirus vaccine as follow-up doses to people who have already received one dose of AstraZeneca's viral vector vaccine.

The direction was stated in a guidance document issued on Thursday by the Ministry of Health.

It is considered an attempt to strengthen protection against the coronavirus for residents, considering the effectiveness of a mix-and-match approach to COVID-19 vaccines - using different brands for first and second doses - was reported in other countries, including Canada, Germany, France, Norway and South Korea.

Recent science researches have proven that an AstraZeneca dose followed by a Pfizer jab will induce similar level of antibodies to two doses of Pfizer, and higher level of immune response compared to two AstraZeneca doses, the document stated.

The use of Pfizer vaccine as follow-up jabs to AstraZeneca is also recommended by the World Health Organization, said Do Xuan Tuan, Vietnam’s Minister of Health.

“However, a combination of AstraZeneca first dose and Pfizer second dose may slightly increase post-vaccine reactions,” the Ministry of Health detailed.

It follows a contract signed in May between the Vietnamese government and Pfizer, which settled the purchase of 31 million vaccine doses.

On June 12, the Ministry of Health approved the vaccine for domestic emergency use.

The health ministry plans to distribute the newly-acquired Pfizer jabs to the hardest-hit localities, requiring that they are prioritized as second jabs for people who have received the AstraZeneca vaccine at least eight weeks ago, provided they offer their consent.

Provincial authorities are ordered to send their plan to roll out follow-up Pfizer jabs and report results and adverse responses right after their vaccination campaign ends.

A close monitoring on vaccination safety, as well as strict observation of vaccine side effects is also required, the ministry stated.

Earlier, Vietnam's health ministry said that Pfizer would provide the country with an additional 20 million doses of its COVID-19 vaccine to administer to children from 12 to 18 years old.

Vietnam is also working with Pfizer on the possibility of a vaccine technology transfer or placing a Pfizer plant in the country, the statement said.

After successfully containing the disease for much of the pandemic, Vietnam has faced a more stubborn outbreak since late April, with a surge in daily infections to record levels adding to pressure on the government to accelerate inoculations.

Vietnam's mass inoculation campaign, which started on March 8, has administered more than 4.4 million doses, the majority of which are AstraZeneca jabs.