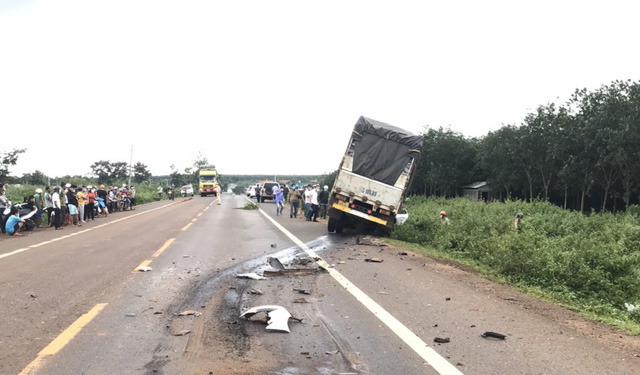 A head-on collision between a car and a truck killed three people on Ho Chi Minh Highway in Gia Lai Province, located in Vietnam’s Central Highlands region, on Tuesday afternoon.

The traffic accident occurred on the section of the aforementioned highway passing through Chu Prong District at 3:25 pm on the same day, according to Le Van Hanh, deputy head of the Traffic Safety Committee in Gia Lai.

At the scene, the car and truck collided when the car crossed into the truck’s lane while traveling from Chu Prong District to Pleiku City in Gia Lai.

The severe crash killed the three people in the car on the spot.

Both vehicles were badly damaged.

Chu Prong District police have worked with related forces to clarify the cause of the deadly accident.