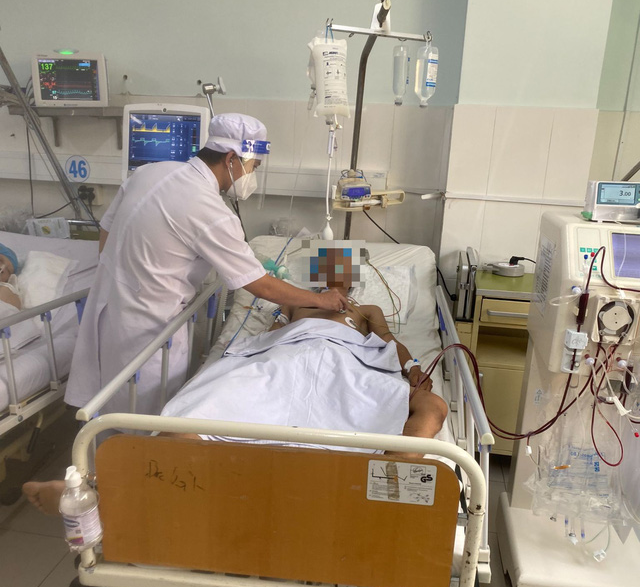 Four men from Khanh Hoa Province in south-central Vietnam hospitalized after consuming raw alcohol mixed with water, which they had made based on an online recipe.

Two of the men, 27-year-old P.P.V. and 31-year-old P.V.T., were admitted to Khanh Hoa General Hospital on Tuesday with cardiac and respiratory arrest.

As their conditions turned critical due to severe alcohol poisoning, they were transferred to the intensive care unit and are still in a coma.

The other two men also suffered alcohol poisoning with less serious symptoms and are being treated at Tam Tri Nha Trang Hospital.

According to the father of one of the patients, the men had followed an online guide and bought an unknown type of raw alcohol before mixing it with water.

They had consumed the mixture for several days before having such symptoms as vomiting, abdominal pain, and extreme exhaustion.

There are many types of alcohol, including ethanol, methanol, ethylene glycol, and isopropanol, said Dr. Nguyen Luong Ky, head of the intensive care unit at Khanh Hoa General Hospital.

Among them, methanol is available on the market as a solution, detergent, or anti-caking agent, and must not be mixed in food and drinks.

Methanol poisoning often occurs hours after ingestion, Dr. Ky continued, adding that the lethal dose of pure methanol is estimated at one to two millimeters per kilogram.

It is very difficult to distinguish between methanol and ethanol, which is the main ingredient in alcoholic drinks, based on their external features, the doctor added.

“Although it can be difficult to buy beer and alcohol during the ongoing pandemic, we strongly recommend against making alcoholic drinks from raw alcohol as that can be life-threatening,” he stressed.