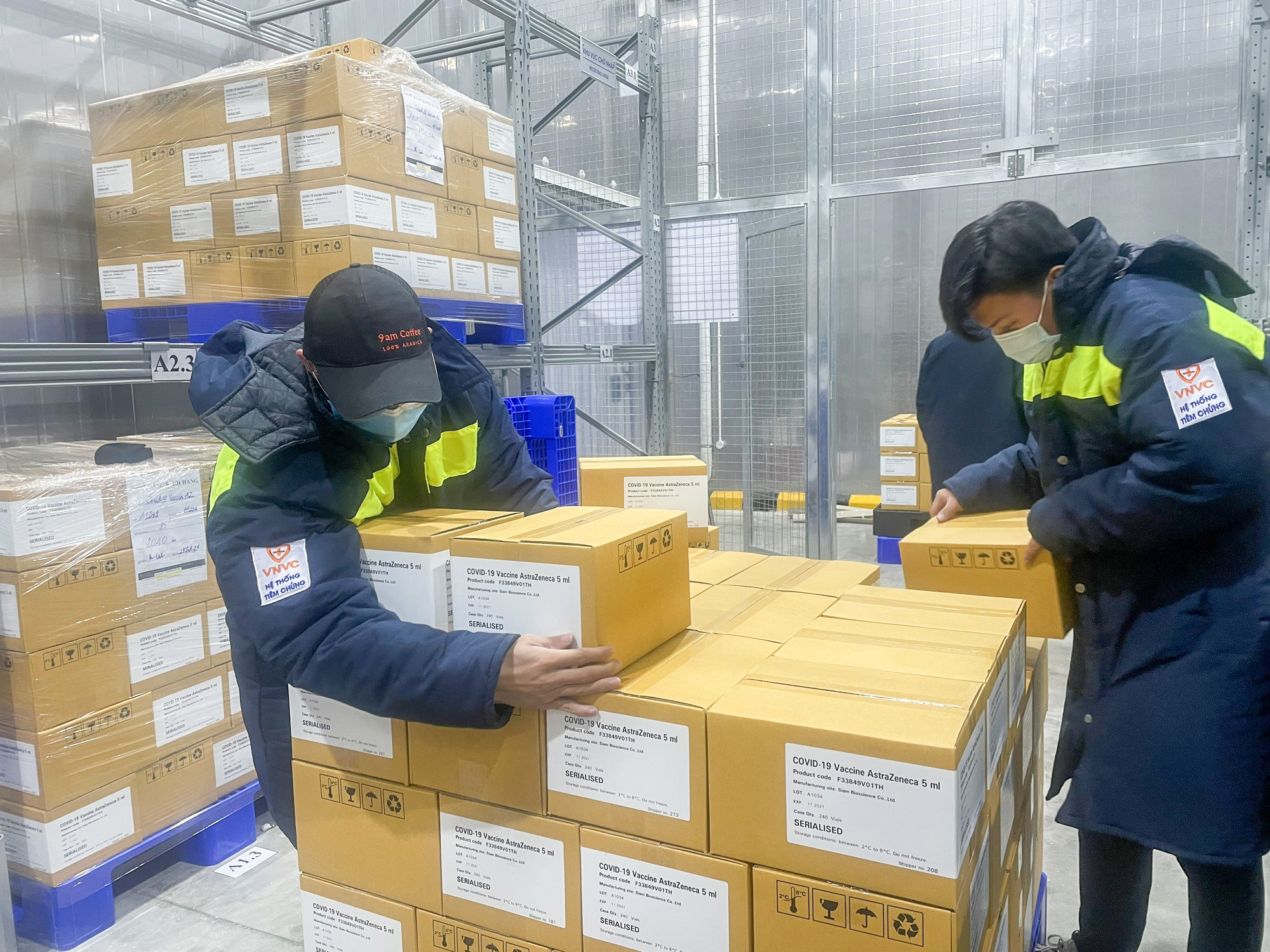 A shipment of 592,100 COVID-19 vaccine doses as part of a purchase deal with AstraZeneca arrived in Vietnam on Friday morning.

The batch is part of the 30 million shots that Vietnam Vaccine JSC (VNVC) had bought from AstraZeneca with the assistance from the Ministry of Health.

Nearly 4.4 million out of the 30 million doses have been delivered in seven shipments to Vietnam so far.

To date, Vietnam has received approximately 12 million AstraZeneca COVID-19 vaccine doses through purchase, the COVAX Facility, and support from other countries, five million Moderna shots provided by the U.S. via COVAX, over 400,000 Pfizer shots through purchase, 12,000 Sputnik V doses gifted by the Russian government, and 1.5 million Sinopharm jabs via purchase and donations from China.

A total of 8,061,116 doses have been administered since the country rolled out inoculation on March 8, with 820,023 people fully vaccinated.

The country has recorded 185,162 local infections in 62 out of its 63 provinces and cities since the fourth wave began on April 27.