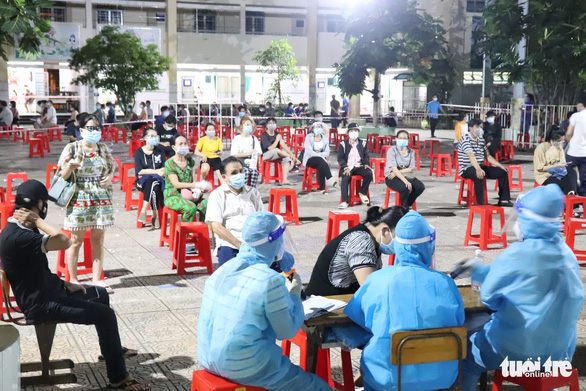 The Ministry of Health recorded over 9,300 locally-acquired COVID-19 infections in Vietnam on Monday, the second-biggest daily count so far.

Thirty-nine provinces and cities detected 9,323 domestic cases while another 17 infections were imported from abroad, the health ministry said.

A total of 1,556 transmissions were found in the community whereas the rest were detected in isolated areas or centralized quarantine facilities.

The health ministry had logged the largest daily rise of 9,684 locally-infected patients on Sunday.

Since the fourth COVID-19 wave began in Vietnam on April 27, the country has documented 215,813 community transmissions in 62 out of its 63 provinces and cities.

The ministry announced 4,423 recoveries on Monday, bringing the total to 75,920 recovered patients.

The death toll has surged to 3,757 after the health ministry reported 360 fatalities the same day, including 269 registered in Ho Chi Minh City.

The Southeast Asian country has detected an accumulation of 217,383 domestic and 2,362 imported cases since the COVID-19 pandemic first hit it on January 23, 2020.

More than 9.4 million COVID-19 vaccine shots have been administered in Vietnam since the country rolled out vaccination on March 8, with almost 946,000 people having been fully vaccinated.