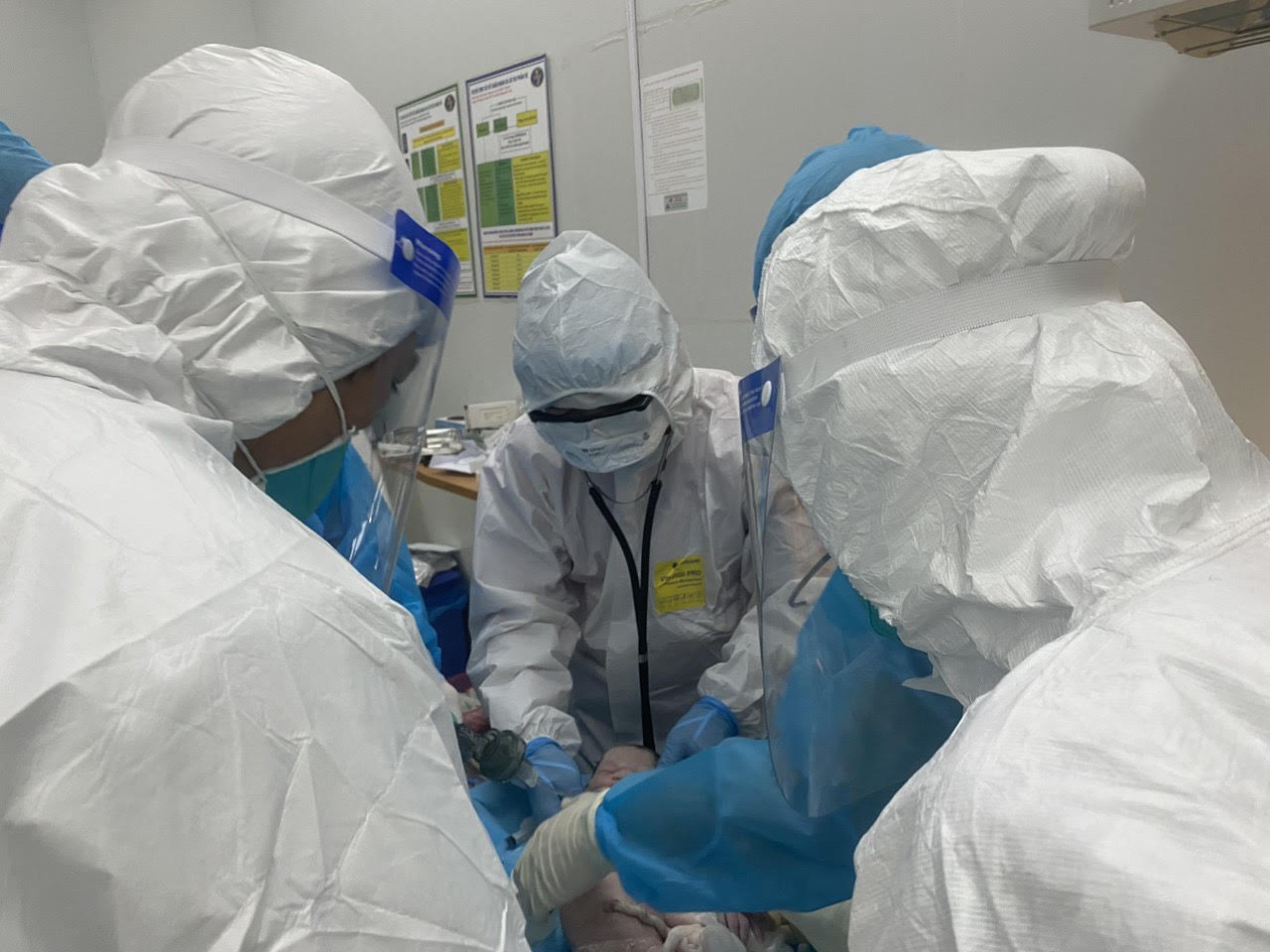 Medical staff at the National Hospital for Tropical Diseases in Hanoi on Friday successfully performed the caesarean deliveries of two babies whose mothers have been sickened by COVID-19.

Both of the mothers hail from north-central Ha Tinh Province.

The first mother, 28, was transferred from Ha Tinh to the National Hospital for Tropical Diseases with respiratory failure and her baby in breech position on Thursday evening at the 38th week of pregnancy.

On Friday morning, the woman was prescribed a caesarean section.

The surgery was a success, with a baby boy weighing 3.3 kilograms being safely taken out of the mother’s abdomen.

The boy was in stable health and was cared for by two nurses in the pediatric department.

After the surgery, the mother was transferred to the emergency department for further treatment.

The second case is a 25-year-old woman, who was admitted to the National Hospital for Tropical Diseases on August 8 at the 36th week of pregnancy and diagnosed with severe pneumonia due to COVID-19.

The woman developed extreme respiratory failure and needed the use of intubation and mechanical ventilation on Tuesday.

As her fetus developed heart failure signs, doctors ordered a caesarean section for her.

As the newborn, weighing 2.7 kilograms, showed signs of asphyxia, a condition of deficient supply of oxygen to the body that arises from abnormal breathing, after birth, he was promptly resuscitated by doctors.

The boy is being monitored at the Vietnam National Children’s Hospital.

The mother was transferred to the emergency department for further treatment.

The mother and the child are currently in a stable condition.

The two cases marked the seventh and eighth babies born to coronavirus patients at the National Hospital for Tropical Diseases.