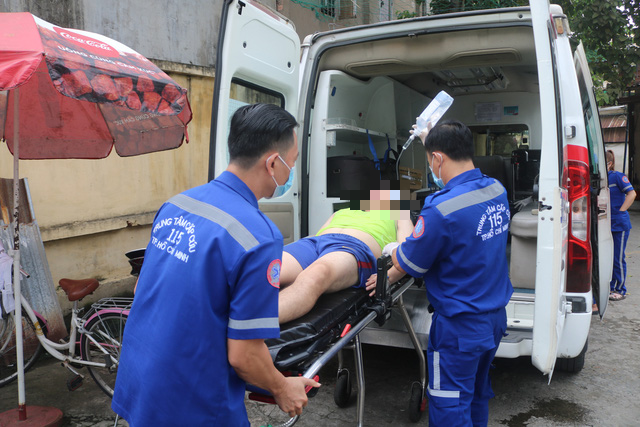 A man has passed away at his home in Vietnam after five healthcare facilities refused to provide him with emergency care.

The deceased man, 57-year-old N.D., hailed from the Mekong Delta province of Tra Vinh and resided with his family members in a tenanted house in Di An City under southern Binh Duong Province.

At around 8:00 pm on Friday, D. began vomiting excessively, his daughter Ngo Phuong recalled, adding that the family was unable to contact any ambulance.

A neighbor then agreed to help carry him to the hospital on his truck.

They first arrived at Di An City Medical Center, but doctors refused to take him in as the facility was focusing on treating COVID-19 patients.

D. was later brought to Ngoc Hong Clinic, where he and his family members tested negative for the novel coronavirus via rapid testing.

After finding out the patient suffered from high blood pressure and had a history of stroke, doctors stated that his condition was too serious, requiring treatment from higher-level hospitals.

D. was taken to three other facilities that night, including Quan Doan 4 Hospital, An Phu General Hospital, and Nam Anh General Clinic, none of which agreed to provide treatment.

They said that their doctors had been mobilized for COVID-19 prevention and control efforts, adding that they did not have sufficient equipment for emergency treatment.

The family took D. back to their tenanted house at 1:00 am on Saturday.

The provincial People’s Committee on Thursday issued a document stating that hospitals, medical centers, and clinics must not turn down treatment for patients in emergency health situations.

Healthcare facilities that do not accept patients in emergency cases will be penalized in accordance with regulations, while a criminal charge may also be filed if necessary.

Binh Duong is currently the second-largest COVID-19 epicenter in Vietnam, with over 41,000 local infections recorded since the fourth wave started on April 27.