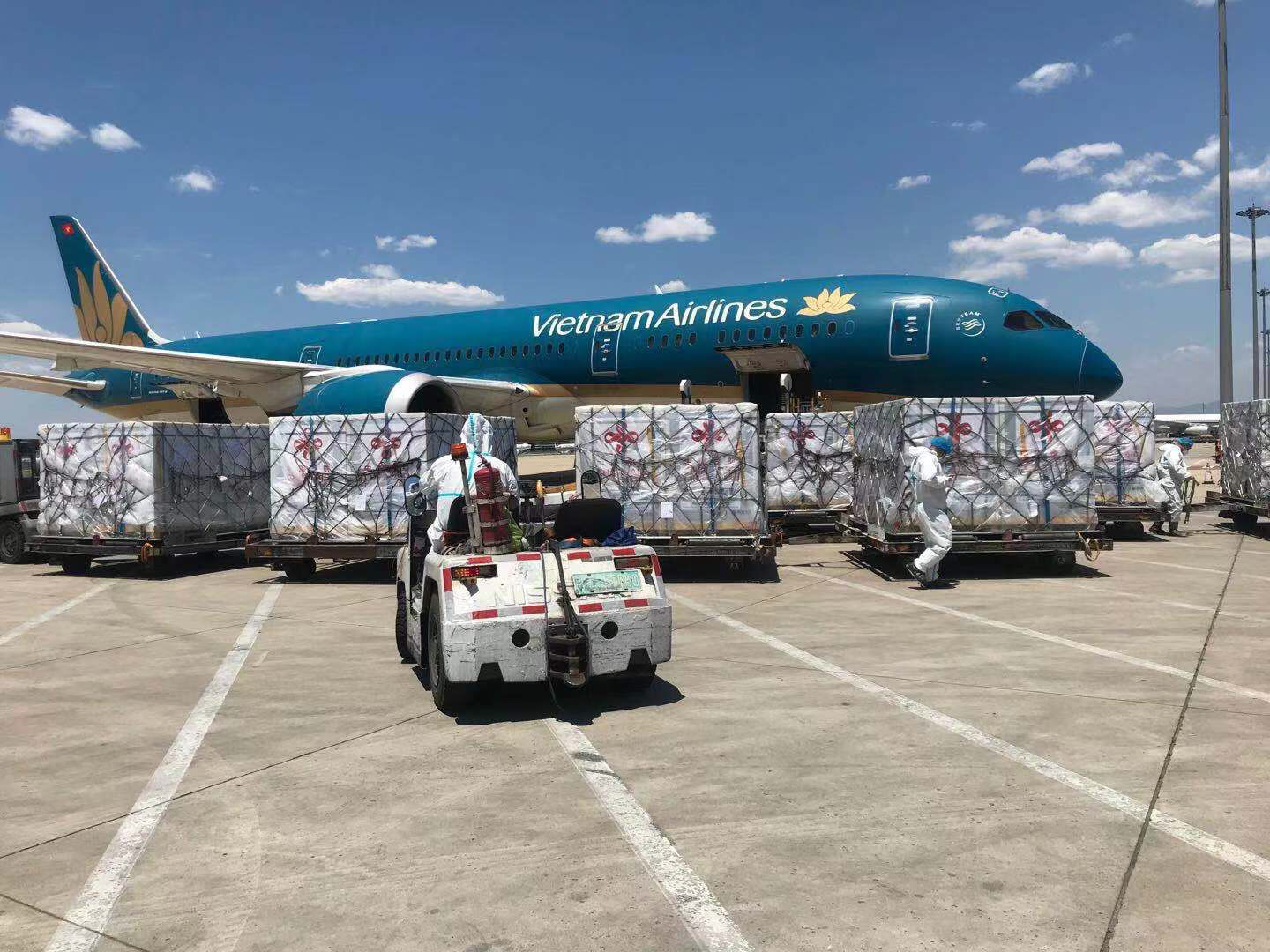 A shipment of one million COVID-19 vaccine doses has been delivered to Ho Chi Minh City as part of a contract between a local firm and China’s Sinopharm.

The vaccine batch was transported via a charter flight operated by national carrier Vietnam Airlines, which had departed from Beijing.

The doses are part of the five million shots that Saigon Pharmaceutical Company (Sapharco) had purchased with the Ministry of Health’s support.

Sinopharm previously delivered one million jabs on July 31. The vaccines were then kept at Sapharco’s storage.

The health ministry issued a document on August 10 to allow Ho Chi Minh City to use these shots.

More than 17,900 of the shots were administered to residents on Friday, with no serious postvaccinal reactions recorded.

The HCDC distributed another 118,000 shots to 17 districts and Thu Duc City on Saturday.

Vietnam has so far received about 20 million COVID-19 vaccine doses through purchase, the COVAX Facility, and donations from other countries.

More than 13.7 million doses have been administered since inoculation was rolled out in Vietnam on March 8, with over 1.2 million people fully vaccinated.

It has recorded 261,463 local infections in 62 out of 63 provinces and cities since the fourth wave broke out on April 27.