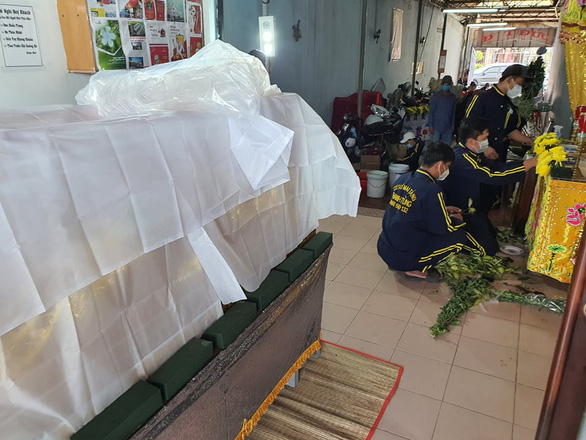 Medical hotlines of Ho Chi Minh City on Thursday took over one hour to send support to an ischemic stroke case in Go Vap District, leaving the victim with no professional help until he was declared dead on the way to the hospital.

Speaking with Tuoi Tre (Youth) newspaper, P.M.H., son of the victim N.V.H., said he found his father showing signs of ofdifficulty breathing and later collapsing at around 6:40 am Thursday.

At the time, his father needed to receive treatment as soon as possible, otherwise he would face irreversible damage from the stroke.

After dialing the city’s medical emergency number 115 for help, M.H. was guided the hotline of Go Vap District’s medical authority, who in turn told him to call Giang, a doctor from the medical clinic of Go Vap’s Ward 16.

However, as M.H. recalled, the doctor said the ward’s medical team now only takes care of COVID-19 infections and does not cover stroke cases.

Following Giang’s answer, the victim’s son made a few more back-and-forth calls with the mentioned hotlines before deciding to bring the victim to the hospital himself.

He managed to hospitalize his father at 7:30 am the same day, but the doctors were not able to save hime, saying the victim’s heartbeat had stopped before he reached the hospital.

The response team from the ward-level health clinic did not show up at the victim’s house until 7:45 am, M.H. added.

After receiving the call, the clinic leader mobilized staffers wearing coronavirus-proof overalls to the scene, while also contacting the 115 emergency center to convey the victim to professional treatment as soon as possible.

Thuong also confirmed that Doctor Giang, as mentioned by M.H., is a staff member of the clinic, but he was working at a quarantine zone in the locale when he received the emergency call.

In the past few weeks, a large part of Ho Chi Minh City’s medical workforce has been mobilized to support the city’s effort in quelling the latest coronavirus outbreak, which has infected 167,717 individuals in the city since it emerged on April 27.

“Upon picking up the call on Thursday, I explained that I am a part of the local COVID-19 response team, and the victim’s family can reach out to 115 emergency center, the local health clinic or send the patient directly to a hospital for help,” Doctor Giang explained during a discussion with Tuoi Tre.

“I did not say the ward’s medical clinic refuses to admit non-coronavirus cases. Normally, I tend to any type of conditions that the patients are facing.”

The 115 call center also confirmed they received a call at 6:55 am Thursday, reporting a stroke case that required emergency treatment.

They instructed the victim’s family to contact the local emergency team, before deciding to provide medical support themselves when the family called again at 7:02 am.

The center is finding all persons related to the case and will issue an explanation later, a representative said.

The People’s Committee of Ward 16 under Go Vap District is also urging the local medical clinic to explain the case.