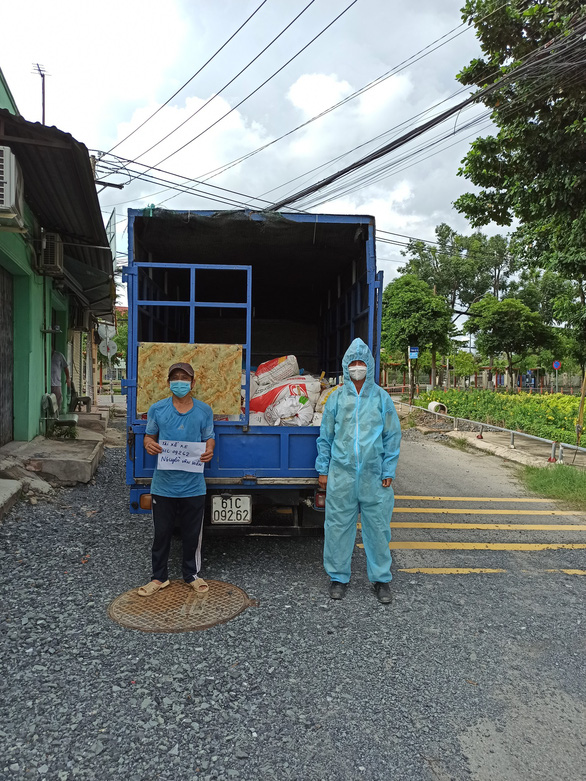 The truck in question was intercepted by officers at the Tay Bac traffic checkpoint in Cu Chi District while it was heading from Tay Ninh Province to Ho Chi Minh City on National Road No. 22.

After beckoning the truck over, the officers discovered that the truck driver did not carry a ‘green lane’ QR code, which enables vehicles to pass through COVID-19 checkpoints while they are shipping essentials, transporting workers, or performing other allowed duties amid the ongoing movement curb mandate in Ho Chi Minh City.

They also found some 700 dead chickens, which weigh 1.5 metric tons in total, in several sacks in the back of the truck.

The driver, Nguyen Van Hien, 42, was not able to present an authorized travel pass that legitimizes his travel during the movement curb, as well as any certificate of origin for the products he is conveying.

Hien admitted he was hired to transport the chickens from Tay Ninh’s Go Dau District to Trung Trap Thuong Commune in Cu Chi for sale.

The officers promptly contacted Cu Chi District’s veterinary authority to help them handle the poultry cargo and investigate the case.