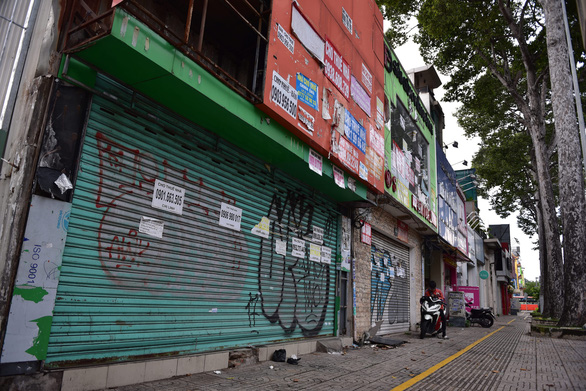 -- Vietnamese State President Nguyen Xuan Phuc held phone talks with Russian President Vladimir Putin on Thursday to discuss the Vietnam-Russia comprehensive strategic partnership, their cooperation in COVID-19 prevention and control, as well as regional and international issues, according to the Vietnam News Agency.

-- Vietnam and South Korea agreed to beef up their cooperation in the defense industry, settling war consequences, maritime security, UN peacekeeping missions, and COVID-19 control and prevention, according to what was discussed at a meeting between General Phan Van Giang, Vietnamese Minister of National Defense, and South Korean Vice Defense Minister Park Jae-min in Hanoi on Thursday.

-- Vietnam's Ministry of Health reported 10,489 coronavirus cases throughout the country on Thursday, alongside 10,901 discharged patients and 239 fatalities.

-- Some clothing releases at Uniqlo stores will be delayed due to COVID-19 lockdowns at partner factories in Vietnam, Reuters quoted Uniqlo's Japanese parent firm Fast Retailing as saying on Thursday.

-- The Vietnamese documentary 'One Year on the Essex lorry Tragedy' has been chosen to be screened at three film festivals in Bhutan, India, and Singapore, according to its proucer.

-- A Vietnamese language course was opened at a Kiev-based school named for late President Ho Chi Minh in Ukraine on Wednesday as part of a cooperation program between the Vietnamese Embassy in the country and the school, the Vietnam News Agency reported.

-- Vietnam defeated Panama 3-2 at the FIFA Futsal World Cup Lithuania 2021 on Thursday. The Vietnamese will take on the Czech Republic in their last group-stage match on Sunday.

-- "United Nations chief Antonio Guterres said a critical meeting on climate change later this year in Scotland is at risk of failure due to mistrust between developed and developing countries and a lack of ambitious goals among some emerging economies," according to Reuters.