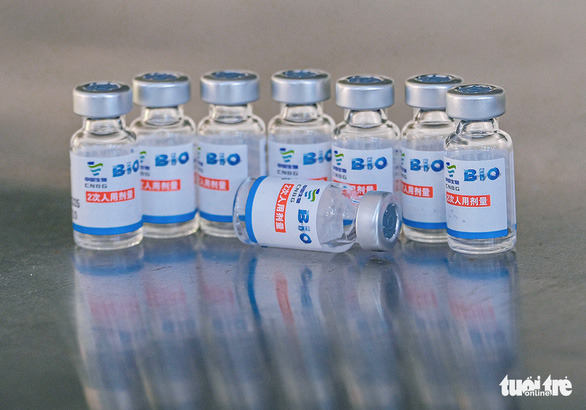 The Vietnamese Ministry of Health on Sunday decided to allocate an additional eight million doses of Sinopharm COVID-19 vaccine to 25 cities and provinces.

The doses, made by Chinese firm Sinopharm, are donated by Vietnamese Van Thinh Phat Group.

Of the 25 provinces and cities, Hanoi is the biggest recipient with 1.36 million shots, followed by Quang Ninh with 700,000, and 500,000 for each of Ho Chi Minh City, Lang Son Province, Hai Phong City, and Yen Bai Province.

The new jabs will help these localities inoculate people with the first and second jabs.

So far, Vietnam has received approximately 50 million COVID-19 vaccine doses, including 20 million Sinopharm shots, more than six million of which were donated by China and five million were purchased by Ho Chi Minh City, in addition to the aforementioned eight million shots, according to The Gioi & Viet Nam newspaper.

The Minister of Health has allocated 41 million doses of them to cities and provinces.

Health workers had administered more than 34.2 million doses nationwide, including over six million second jabs, as of Sunday.

Vietnam has confirmed 682,617 community transmissions in 62 out of its 63 provinces and cities since the fourth – and worst – virus wave emerged in the country on April 27.