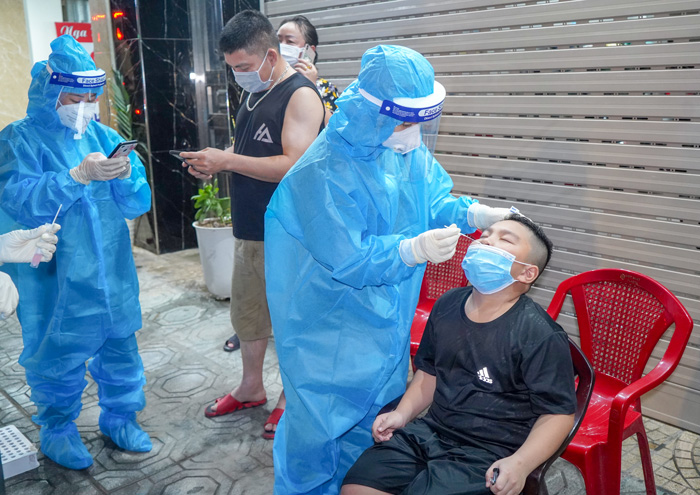 Two teachers and 18 students from various schools in the northern Vietnamese province of Ha Nam have tested positive for COVID-19.

The Ha Nam Center for Disease Control confirmed on Wednesday evening it had detected 20 local COVID-19 infections in Phu Ly over a 24-hour period.

The patients are being treated at the province’s Tuberculosis and Lung Disease Hospital.

Competent authorities have so far identified 120 direct contacts of the 20 cases, most of whom are students.

They will be allowed to quarantine at home, according to Nguyen Duc Toan, secretary of Phu Ly City’s Party Committee.

If their houses do not meet requirements, they will be quarantined at school or at local hotels, Toan added.

As the province was at low risk of transmission, local students were allowed to attend school in person when the 2021-22 academic year began in early September.

However, they were told to stay home from September 20 to 26 following the detection of more than 10 community-based cases, according to VnExpress.