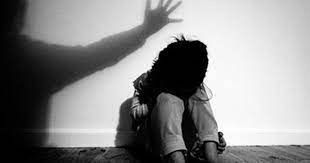 A man has been indicted for molesting two girls and raping another inside an elementary school in Hanoi last year.

The municipal People’s Procuracy confirmed on Thursday it had completed the indictment against Le Ngoc Tung, 36, who hails from the north-central province of Thanh Hoa.

Tung was charged with raping and molesting under-16-year-old individuals.

The indictment shows that Tung lives at a tenanted house in Hoang Mai District, Hanoi.

At 5:30 pm on December 16, 2020, Tung was walking home after drinking alcohol when he noticed that the gate of Dinh Cong Elementary School was open and left unguarded.

He entered the school, approached V.T.A.T., 11, from the back, and molested her.

After T. screamed and ran away, he started hugging and touching L.K.L., 11, who was standing nearby.

As L. also fled, the man headed to the girl’s restroom, where he saw six-year-old N.P.N..

Tung took N. into one of the stalls and raped the young girl.

He was caught red-handed by a teacher and was eventually apprehended by the school’s security guards.

The man was later brought to the local police station.