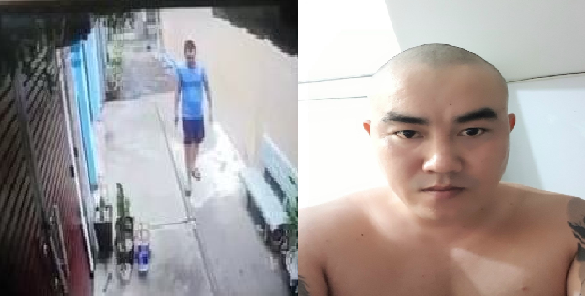 Police in Ho Chi Minh City have arrested a man for allegedly murdering his neighbor before decapitating the victim due to a conflict.

Officers in District 7 confirmed on Monday they had arrested Tran Huy, 34, who resides in an alley at 645 Tran Xuan Soan Street, for murder.

According to preliminary information, local residents reported the case at around 4:30 pm on Sunday after discovering a severed human head in the alley, while the victim’s body was inside a nearby house.

They also saw Huy holding a bloody knife while standing in front of his house.

The suspect did not cooperate when police officers arrived, locking his door and refusing to drop the weapon.

At around 5:30 pm the same day, officers managed to apprehend Huy and took him to the police station.

The man claimed he had come to V.’s house and killed him due to their conflict.

He stabbed the victim to death with a knife before decapitating him.

Huy then smashed the windows of some nearby houses before walking back to his home.

At the police station, Huy tested negative for narcotics and was still in a panicked state.