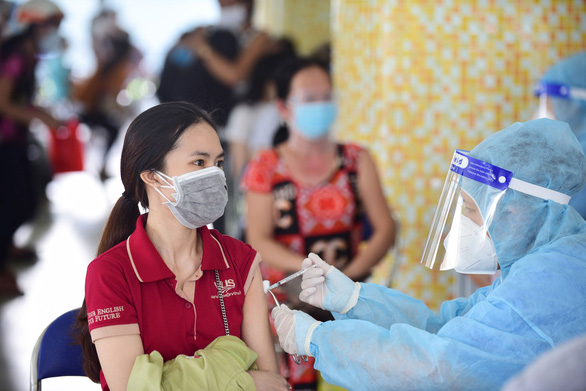 Vietnam’s health ministry added 4,513 coronavirus cases across the country on Saturday, while documenting 1,319 recoveries and 105 fatalities.

The latest cases, including one imported and 4,512 local infections, were reported in 40 provinces and cities, the Ministry of Health said, noting 2,173 patients were detected in the community.

The nation has found 831,523 community transmissions in 62 out of its 63 provinces and cities since the fourth virus wave emerged on April 27.

The health ministry logged 1,319 recoveries on Saturday, bringing the total to 760,801.

The toll has risen to 20,442 deaths after the ministry recorded 105 fatalities on the same day, including 74 in Ho Chi Minh City and 18 in Binh Duong Province.

Health workers have administered almost 52 million vaccine doses, including 1,055,502 shots on Friday, since inoculation was rolled out on March 8.

More than 14.2 million people have been fully inoculated.

Health authorities target to vaccinate at least two-thirds of a population of nearly 98 million people against COVID-19 by the first quarter of next year.