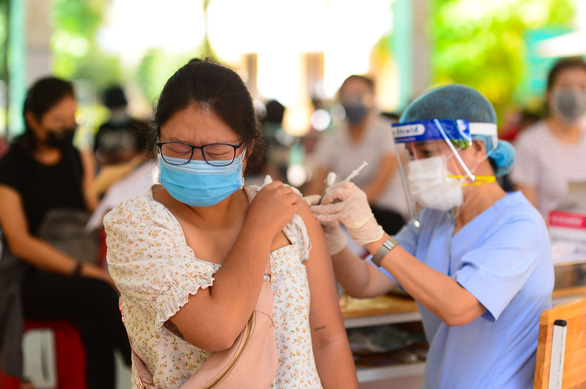 The northern province of Cao Bang has remained the only location with zero transmissions reported.

Vietnam’s rate of COVID-19 infections per million people ranks ninth among the ten ASEAN countries and 155th among 223 countries and territories worldwide, the online Nhan Dan (People) newspaper cited the Ministry of Health in an article published on Monday morning.

The national fatalities have mounted to 20,555, accounting for 2.4 percent of the total 839,662 infections registered since the coronavirus pandemic first emerged in the country early last year.

This figure is the 34th highest in the world and stands at the tenth place among 49 Asian countries and territories.

The country’s rate of deaths per million people ranks 135th internationally and 30th in Asia.

However, the weekly record of deaths has decreased sharply in recent times with an average of 119 cases per week.

The national vaccination campaign also accelerated rapidly with more than 53 million doses of vaccine administered, above 38.2 million of which were first doses and over 14.9 million were second shots.

Only 5,014 patients remain under treatment, including 835 cases, or 4.2 percent, needing ventilators and extracorporeal membrane oxygenation (ECMO), or outside-the-body life support.

Speaking at a meeting held by the National Steering Committee for COVID-19 Prevention and Control last Saturday, Minister of Health Nguyen Thanh Long said that the number of cases found in the community between September 25 and last Friday decreased 44.7 percent compared to two weeks earlier and 47.3 percent compared to a week back.

Hanoi logged five cases, down by ten compared to the previous week.

The intensive care centers in the southern provinces and cities have received a total of 13,206 severe and critical cases, 7,120 of whom either recovered or had their severity improved, accounting for 53.9 percent.

Deputy Minister of Health Nguyen Truong Son attributed those positive signals to the rapid COVID-19 testing drive from August 23 to September 30, the central and local governments' drastic strategies, and the solidarity of health workers and residents.

Leaders of the health ministry evaluated that the pandemic situation has been basically under control nationwide, but advised people to remain careful and strictly apply prevention measures.