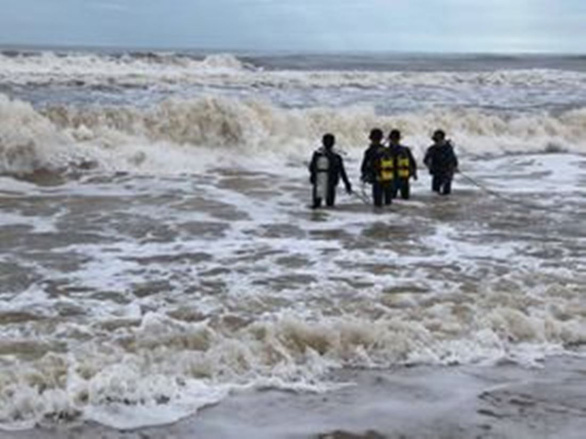 A tenth-grade boy is missing after being swept away by strong waves while swimming with his brother and a friend at a beach in the north-central Vietnamese province of Quang Tri on Thursday afternoon.

After being swept away by strong currents, N.C.H., remains unaccounted, according authorities in Trieu Phong District, where the accident happened.

Local people, rescuers, and divers have been searching for H. since yesterday afternoon.

H., his younger brother, and a friend, were swimming at a beach in Trieu Phong District’s Trieu Lang Commune at around 2:00 pm on Thursday when strong currents swept H. and his sibling away.

A local fisherman managed to rescue the younger boy shortly after the incident.