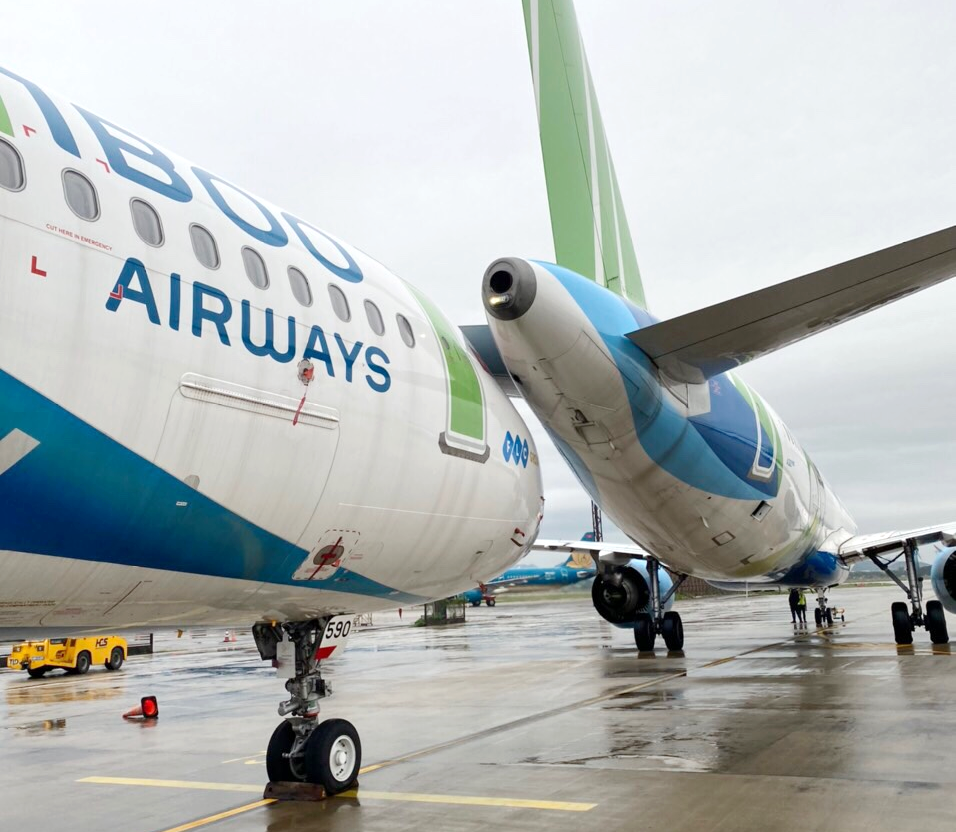 A slight collision between two Airbus A321 aircraft of Bamboo Airways occurred at Noi Bai International Airport in Hanoi, Vietnam on Tuesday morning, according to aviation authorities.

The incident happened at 7:15 am when a parked Airbus plane was hit by another which was being towed out of the parking area for a flight to Phu Quoc Island off the southern province of Kien Giang, said Tran Hoai Phuong, director of the Northern Airports Authority.

The Northern Airports Authority said it has reported the case to the Civil Aviation Authority of Vietnam (CAAV) and was working with relevant units to handle it.

After the slight hit, all the passengers and crew members on board the Airbus A321 Neo remained in safety and were moved to another plane for their flight, which was around two hours behind schedule, Dinh Viet Thang, director of the CAAV, told Tuoi Tre (Youth) newspaper.

The elevator of the Airbus A321 Neo was slightly deformed while the flight deck of the other plane had some scratches, Thang said.

“Both aircraft have been suspended from operation for inside checking,” the official added.

The collision was caused by the wrong performance of pushing the aircraft to the taxiway, the CAAV director said, adding that some employees have been suspended from work pending an investigation, Lao Dong (Labor) newspaper quoted initial reports.

The CAAV asked the airport to pay due attention to towing and pushing planes, especially in bad weather conditions that affect vision.