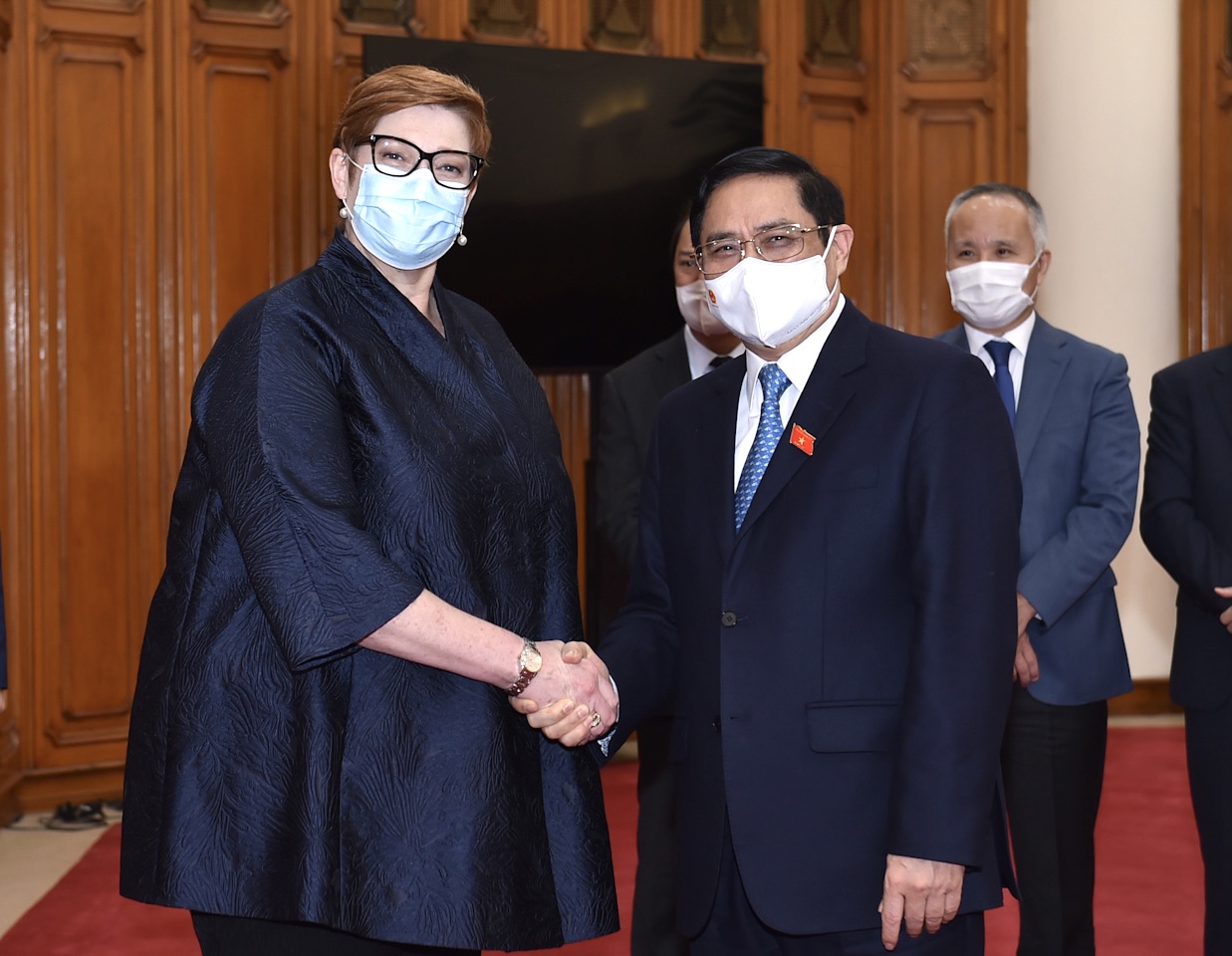 Australian Minister for Foreign Affairs Marise Payne has announced that her country will provide Vietnam with another 2.6 million doses of COVID-19 vaccine, raising its total donations to the Southeast Asian nation to more than 7.8 million shots.

Minister Payne joined talks with Vietnamese Prime Minister Pham Minh Chinh in Hanoi on Tuesday as part of her working visit to Vietnam.

During the talks, the diplomat stated that the Australian government will supply an additional 2.6 million doses of COVID-19 vaccine to Vietnam.

The support was the result of a meeting between PM Chinh and Australian Prime Minister Scott Morrison on the sidelines of the 26th United Nations Climate Change Conference of the Parties (COP26) in the UK last week, according to Vietnam’s Ministry of Foreign Affairs.

Australia has so far committed to donate more than 7.8 million COVID-19 vaccine shots to Vietnam, Minister Payne stated, adding that about 700,000 jabs will be delivered in the coming weeks.

PM Chinh thanked the Australian government for the donations of vaccines and medical supplies to Vietnam.

He spoke highly of the fine development of the Vietnam-Australia relations, with two-way trade increasing 50 percent to US$9.1 billion in the first nine months of this year.

Minister Payne also had a meeting with Vietnamese Minister of Foreign Affairs Bui Thanh Son on the same day.

Vietnam aims to inoculate at least two-thirds of a population of nearly 98 million people against COVID-19 by the first quarter of next year.

Health workers have given over 92.2 million vaccine doses since inoculation was rolled out on March 8, with more than 30.3 million people fully vaccinated.