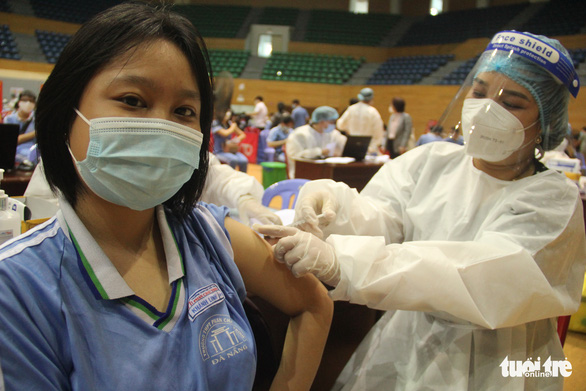 The Ministry of Health reported 7,930 new coronavirus cases in Vietnam on Wednesday, in addition to 1,254 recoveries and 79 deaths.

The latest cases, including 12 imported and 7,918 local transmissions, were confirmed in 59 provinces and cities, the ministry said, elaborating that 3,999 patients were infected in the community.

The Southeast Asian country has logged 987,758 community-based transmissions in all its 63 provinces and cities since the fourth virus wave emerged on April 27, 841,237 of them having recovered from the respiratory disease.

The health ministry confirmed 1,254 recovered patients on Wednesday, lifting the total to 844,054.

The toll has climbed to 22,765 deaths after the ministry registered 79 fatalities on the same day, including 43 in Ho Chi Minh City, nine in Binh Duong Province, and the remaining in 12 other provinces and cities.

Health workers have given nearly 94 million vaccine doses, including 1,646,940 shots on Tuesday, since inoculation was rolled out on March 8.

More than 31 million people have been jabbed twice.