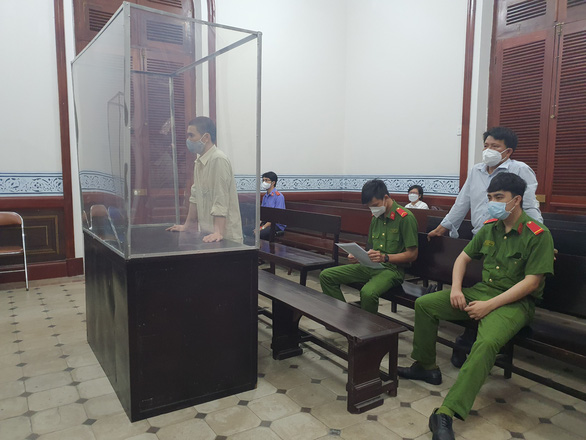 The People's Court in Ho Chi Minh City on Tuesday sentenced a man to 12 years behind bars for attempting to electrocute his boss, blaming the victim for disrupting his sleep.

Ha Van Su, 33, hailing from Hanoi, lived with and worked for Hoang Van Thuy’s family at a building material shop in the city’s Hoc Mon District.

The incident happened a month ago when Su became angry as Thuy came home late and asked him to open the door, according to preliminary investigation.

Harboring anger after constant sleep disturbances and a heavy daily workload given by Thuy, Su planned to kill him with a hand-made electrocution device to seek revenge.

At around 5:00 am the next morning, when Thuy was sleeping with his son in their bedroom, Su plugged his prepared device into the room’s electrical outlet and sent electric shocks through Thuy's neck for about 15 seconds.

Upon hearing Thuy’s grunts, his wife rushed to his room and sent him to the nearby hospital.

Thuy later was confirmed to suffer an injury that affected six percent of his health.

During the court, the defendant confessed that he saw Thuy as his family member whereas the boss always held an unpleasant attitude and looked down on him, which drove him to assault Thuy.

The court considered his murder attempt a dangerous and unsatisfactory action, which could have taken Thuy’s life.

Given the injury, Su’s motive and actions conclusively proved his intention to murder his boss, said the trial panel.

The court thus decided to give Su a 12-year jail term for his attempted murder.