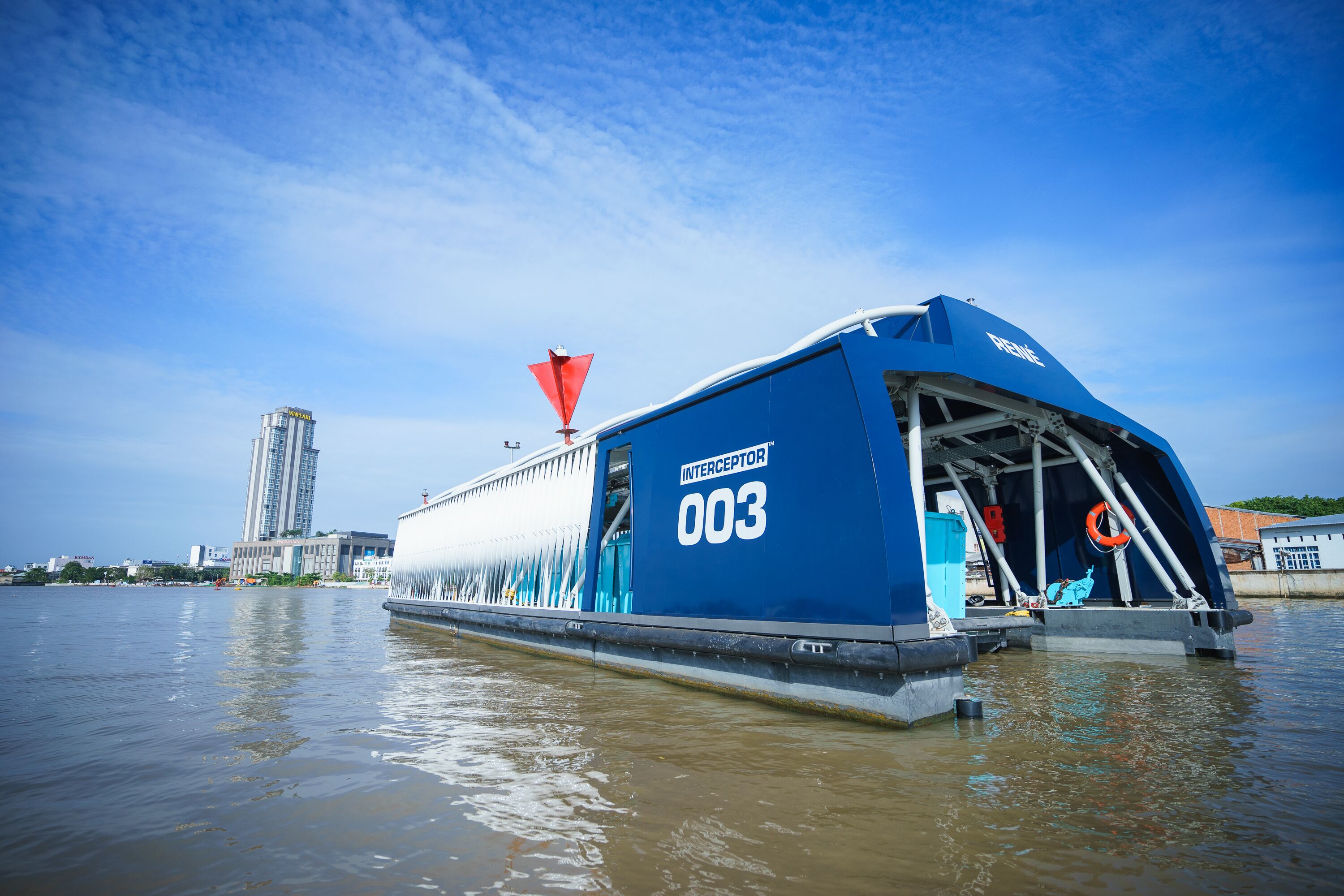 Coca-Cola Vietnam and The Ocean Cleanup announced that the Can Tho River in Can Tho City has been selected as one of 15 river locations around the world included in a global partnership between the two organizations to use advanced technology to help stem the tide of plastic pollution entering oceans, by first intercepting and cleaning up waste in rivers.

First Interceptor™ in Can Tho City, Vietnam

In 2021, The Coca-Cola Company became a global implementation partner for The Ocean Cleanup’s river cleanup project. The partnership brings the beverage company and the technological non-profit organization together in an exciting partnership to help clean up some of the world’s major rivers.

In addition to supporting the deployment of cleanup systems, the partnership also aims to engage and bring together industry and members of the public to help tackle plastic pollution. Using solar-powered technology, The Ocean Cleanup’s Interceptor™ river cleanup solution is a robot that extracts marine debris.

The original Interceptor™ was unveiled in 2019 and is the first scalable solution to prevent plastic from entering the world’s oceans from rivers. After years of planning, the interceptor™, known as 003 or René, was launched into the Can Tho River for detailed testing last month. It is expected to become fully operational over the next few months and is capable of extracting up to 50,000 kg of trash per day.

The river cleanup project deployment in Vietnam was made possible by the implementation support from the People's Committee of Can Tho and the Can Tho Department of Natural Resources and Environment (DoNRE). Alongside the river cleanup, the partnership is also working with DoNRE and local operators to conduct river waste research to scale up the project where appropriate.

“We expect that this river cleanup project will make an important contribution to help the city improve the capacity and efficiency in waste collection, segregation, and treatment, while at the same time preventing and thoroughly collecting waste, especially plastic waste floating on some major river routes in the Can Tho City,” said Nguyen Chi Kien, DoNRE vice-director.

“At the same time, this project will greatly contribute to Can Tho City’s goal toward an ecological and modern city, imbued with the identity of rivers and the Mekong Delta, with a vision for 2030.

“To get there, we are looking forward to joining hands with non-profit organizations, private sectors, and Can Tho citizens in such environmental protection projects, maintaining our position as an ‘ASEAN Environmentally Sustainable City’ – one of the most remarkable titles that have been honorably given to Can Tho City.”

Joining hands for a World Without Waste

As part of the global implementation partnership, Coca-Cola Vietnam will support the development of waste management solutions for collected debris and provide local support to The Ocean Cleanup such as engagement with local stakeholders.

"I am happy to see progress and our first steps together with Coca-Cola on the road to tackling the complex plastic pollution problem in the vast Mekong Delta and its sensitive ecosystems.

“This is good news for the oceans."

As part of its World Without Waste vision, The Coca-Cola Company is working to ensure that all of the material it uses in its packaging is collected and recycled, so that none of it ends up as waste. The company has a global goal to help collect and recycle every bottle and can it sells by 2030.

In Vietnam, Coca-Cola is helping to support and drive locally relevant collection and recycling solutions. Coca-Cola Vietnam was one of the founding members of Packaging Recycling Organization (PRO) Vietnam, a partnership with other leading companies, recyclers, and government agencies to accelerate local packaging collection and recycling in support of a clean and green Vietnam.

“Right now, our packaging is among the waste that can be found in the ocean,” said Leonardo Garcia, general manager of Coca-Cola Vietnam and Cambodia.

“This is unacceptable to us.

“We want to support partners and technologies that help to clean up our oceans and rivers, especially the Mekong River system – one of the critical river systems in ASEAN flowing to oceans.

“Through innovation and partnership, we’re also working to create circular solutions for the collection and recycling of our bottles in Vietnam.

“That’s why we’re very excited about this new partnership with The Ocean Cleanup in Vietnam, starting in our beautiful Can Tho River, and we’re looking forward to making a lasting impact through this work.